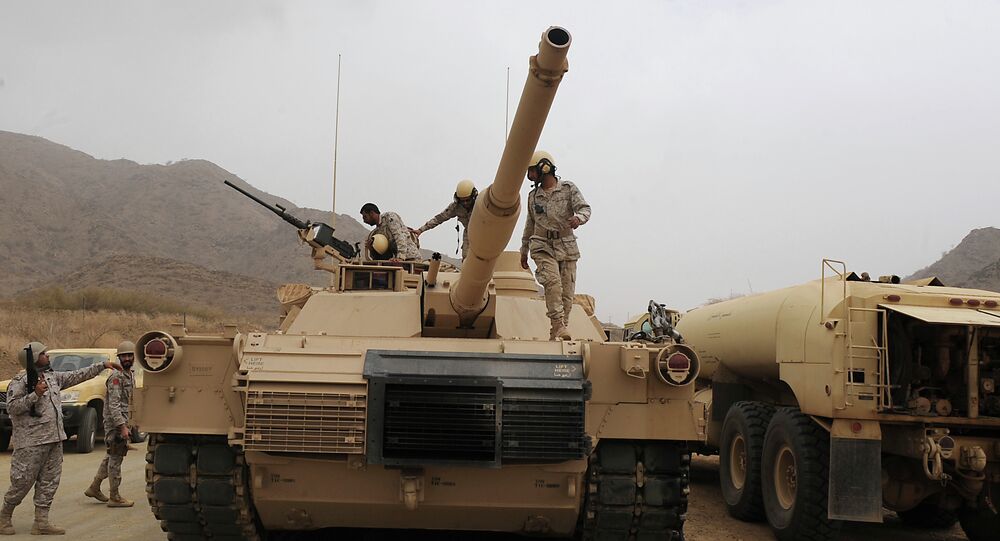 Saudi forces on Monday closed in on the border town of Najran, which once again came under Houthi rebel fire in what military officials in Riyadh vowed would “not pass unpunished”.

© REUTERS / Mohamed al-Sayaghi
Houthi Rebels Shell Saudi City on Border With Yemen - Witnesses
A video broadcast by the Saudi TV channel Al-Hadath on Monday showed a column of tanks and armored vehicles moving towards Najran, a Saudi town on the border with Yemen.

Last week the Shiite Houthi rebels repeatedly shelled the town with mortars, killing three people and injuring 37 in one such barrage on Tuesday.

On March 26, a Saudi-led coalition launched an aerial campaign to flush out the Houthi rebel groups in Yemen. Late last month the coalition launched a second operation aimed at restoring the political process in Yemen, fighting terrorism and driving out the Shiite Houthi militia.