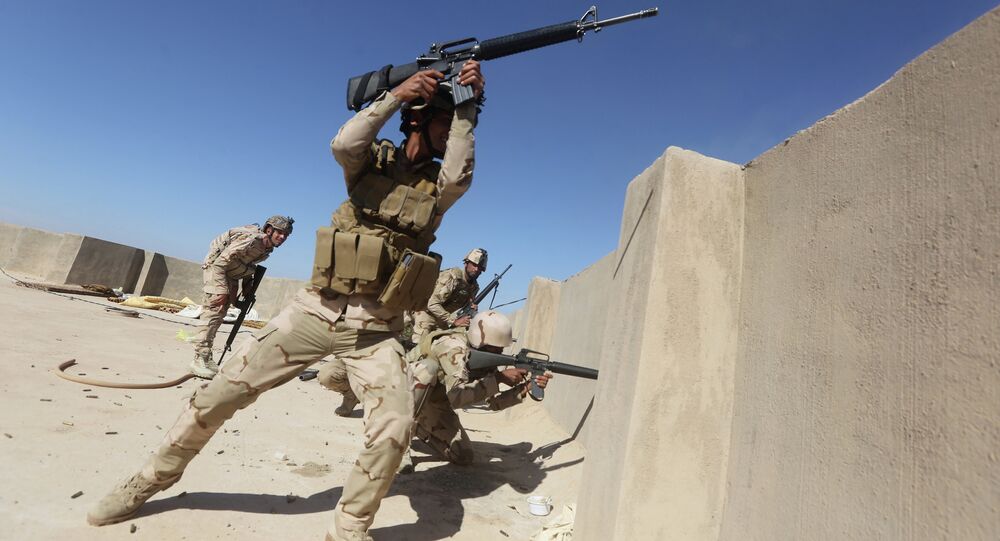 The Dijla Operations Command is a special force responsible for protection of Iraqi oil-rich regions from ISIL assaults.

"The clashes resulted in killing 73 ISIS fighters including a number of foreign elements," he added.

At least three servicemen were killed and 13 others were injured during the Sunday clashes with the IS jihadists, Zaidi stated.

Tikrit has been under ISIL control since June 2014. On March 31, Iraqi Prime Minister Haider Abadi declared victory over ISIL militants in the city.

© REUTERS / Alaa Al-Marjani
Iraqi Forces Liberate Tikrit From Islamic State
The Islamic State militant group, also known as ISIS or ISIL, controls large parts of Iraq and Syria and is notorious for numerous atrocities. The group's positions are currently bombarded by airstrikes conducted by the US-led international coalition, while Iraqi, Kurdish and allied militia forces are fighting on the ground.

The terrorist group has lost up to 30 percent of its territory in Iraq to US-led coalition forces, the US Department of Defense (DoD) said in a statement on April 13.