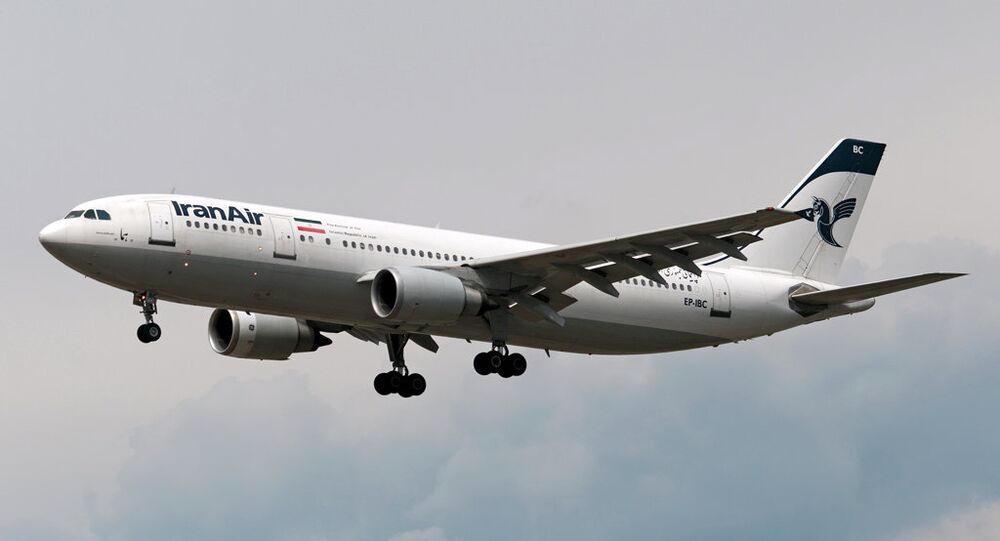 Iranian airlines have obtained fifteen used planes this year in a bid to renovate the country's ageing fleet of civilian aircraft, the transport minister said Sunday.

© Sputnik / Vladimir Astapkovich
Russian Economy Could Benefit From Lift of Anti-Iran Sanctions - Lavrov
The Islamic Republic remains subject to a 1995 US embargo, which prohibits the sale of Western equipment and spare parts to Iranian companies.

The restrictions were partially lifted by an interim agreement on Iran's nuclear program that came into force in January 2014.

This allowed for the sales of spare parts, though direct sales of planes remained banned.

Transport Minister Abbas Akhoundi said that eight Airbus A340 aircraft and an A321, mostly built after 2003, had entered the country on Saturday.

Eight other planes had been obtained since February 20, he was quoted as saying by the Iranian Students' News Agency (ISNA), though two of them are "too old to fly" and will be used for spare parts.

"We hope that with the nuclear negotiations and the prospect of the lifting of sanctions, discussions will continue with major aircraft manufacturers," Akhoundi added.

Iranian aviation officials said in April that the country would need 400 to 500 airliners in the next decade to upgrade the country's fleet.