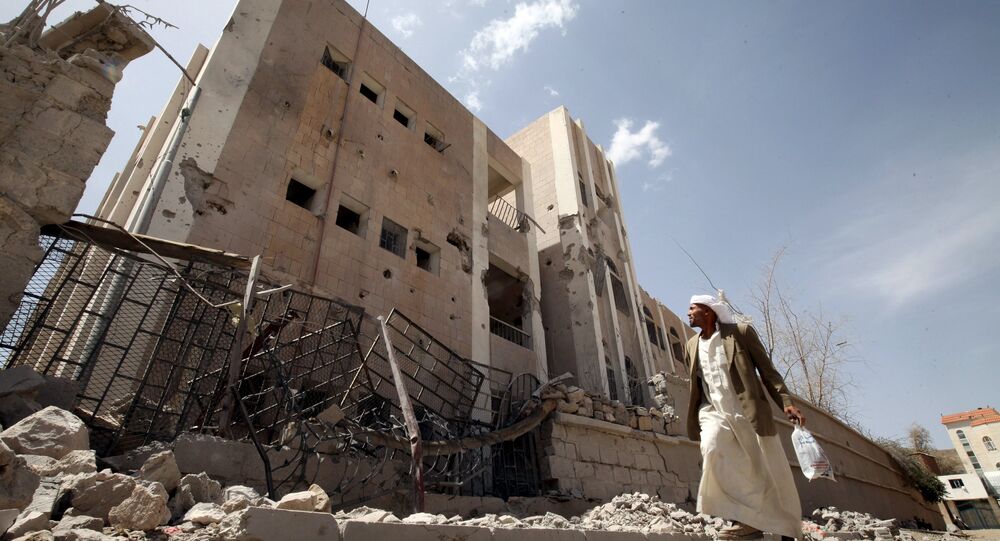 The truce that will allow humanitarian aid in the war-torn country is expected to begin at 8:00 p.m. on Tuesday.

"Any military violation of the ceasefire from al Qaeda and those who stand with it and support it and fund it will be responded to by the army and security and the popular committees," Colonel Sharaf Luqman said in a statement broadcast by Yemen's Saba news agency.

© AFP 2020 / Haider SHAH
Saudi-Led Coalition Uses Prohibited US Cluster Munitions in Yemen - HRW
On Saturday, local sources told Sputnik that the Saudi-led coalition continued carrying out airstrikes on the Houthi positions in Yemen, including the airport in the capital of Sanaa, after first launching an air campaign in late March.

Yemen has been engulfed in violence and political deadlock since late 2014. The Saudi-led air campaign was launched at the request of President Hadi, who fled the country amid hostilities after the Houthis took control of large areas of the country, including Sanaa.

© Sputnik / Stringer
UN Official: Coalition’s Indiscriminate Bombing of Yemen Violates Int'l Law
The United Nations has called for a humanitarian pause in the armed conflict to ensure aid supplies to the country.

According to UN estimates, almost 650 civilians have been killed and 1,300 others injured in Yemen since the beginning of the Saudi-led airstrikes, while over 300,000 Yemenis have been displaced amid violence.