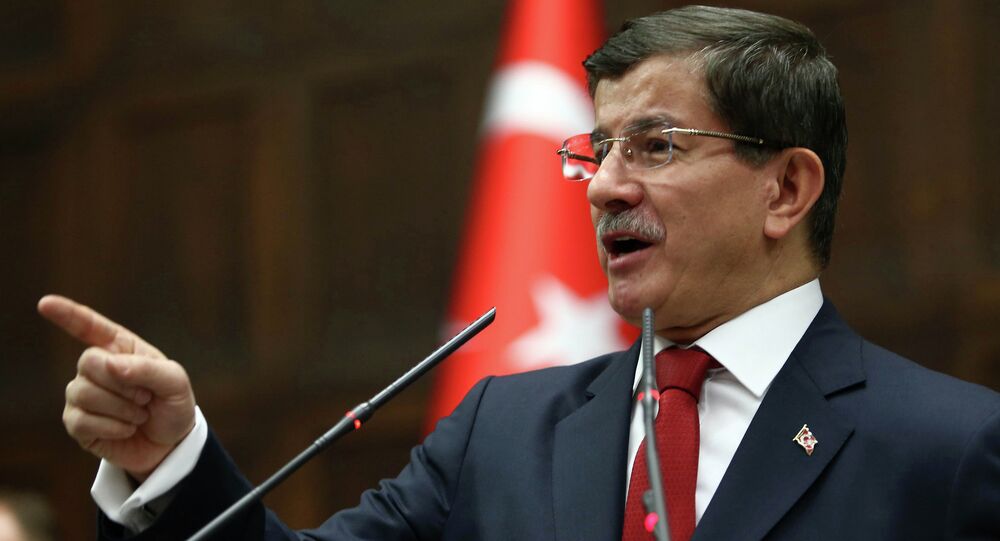 According to media reports, the Turkish Prime Minister dismissed speculations that Ankara is planning to launch a ground operation in Syria.

On Thursday, a Turkish opposition politician said, citing a "reliable" source, that Ankara could send ground troops to Syria's north within days.

"There is no situation at the moment that Turkey would get involved in," Davutoglu was quoted as saying by the Today's Zaman daily newspaper.

The prime minister added that the balance is "changing fast" in favor of the opposition forces in Syria, that has been in a state of civil war since March 2011.

According to UN figures, more than 220,000 people have been killed in the Syrian Civil War while more than half of the country's populations have been forced to flee their homes.

Earlier this year, Moscow hosted two rounds of intra-Syrian talks aimed at finding a political solution to the Syrian crisis. Last month, the negotiating sides agreed on a 10-point agenda defining a framework for subsequent talks.