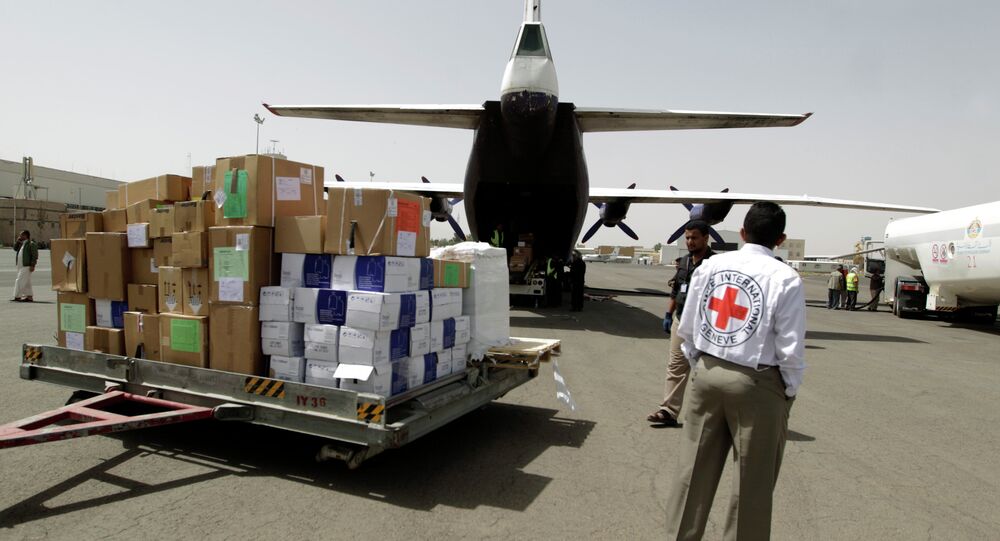 Switzerland is allocating more than $2 million to support emergency relief projects in Yemen.

MOSCOW (Sputnik) – Switzerland is allocating more than $2 million to the UN-managed humanitarian fund, which is supporting emergency relief projects in Yemen, a country gripped by a conflict between Houthi rebels and forces loyal to President Abd Rabbuh Mansur Hadi.

"In view of the rapidly escalating humanitarian crisis in Yemen, Switzerland is making CHF 2 Million [over $2.1 million] available to the Yemen Humanitarian Pooled Fund managed by the United Nations Office for the Coordination of Humanitarian Affairs (OCHA)," the Swiss Federal Council said in a Friday statement.

The money is being allocated in order to meet the Yemenis' most urgent humanitarian needs, according to the statement, which says that 60 percent of the country's population is currently in need of humanitarian assistance.

© REUTERS / Khaled Abdullah
Houthi Rebels Attack Civilians, Take Hostages in Conflict-Torn Yemen - HRW
The conflict between Houthi rebels – an opposition group that has captured large parts of the country, forcing the elected government to resign in January – and those loyal to Hadi deteriorated in late March, when a Saudi Arabia-led international coalition started conducting airstrikes against Houthi positions at Hadi's request.

Late in April, the coalition announced the halting of bombings and pledged to focus on the revival of dialogue between the conflicting sides in Yemen. Despite that, the airstrikes have continued.

According to the Swiss Federal Council, 1.6 million people in Yemen, including 850,000 children, are now suffering from acute malnutrition as a result of ongoing hostilities. Water shortage is another drastic problem in the country, where 13 million have no access to clean water.

"Switzerland is concerned about the ever-deteriorating political, humanitarian and economic situation in Yemen. It calls on all parties to respect their obligations under international law, to ensure the protection of civilians, to allow delivery and distribution of humanitarian relief and supplies and to seek a sustainable political solution through negotiation," the Swiss Federal Council said in its Friday statement.

According to UN estimates, over 1,200 people have been killed, while 300,000 have fled their homes in Yemen in the past six weeks, amid ongoing ground fighting, aerial bombardments and sniper attacks on civilians.

On Thursday, the United Nations called on all parties to the Yemeni conflict to ensure secure humanitarian aid supplies to civilians.

Washington Works With US Embassies to Assist Americans in Yemen