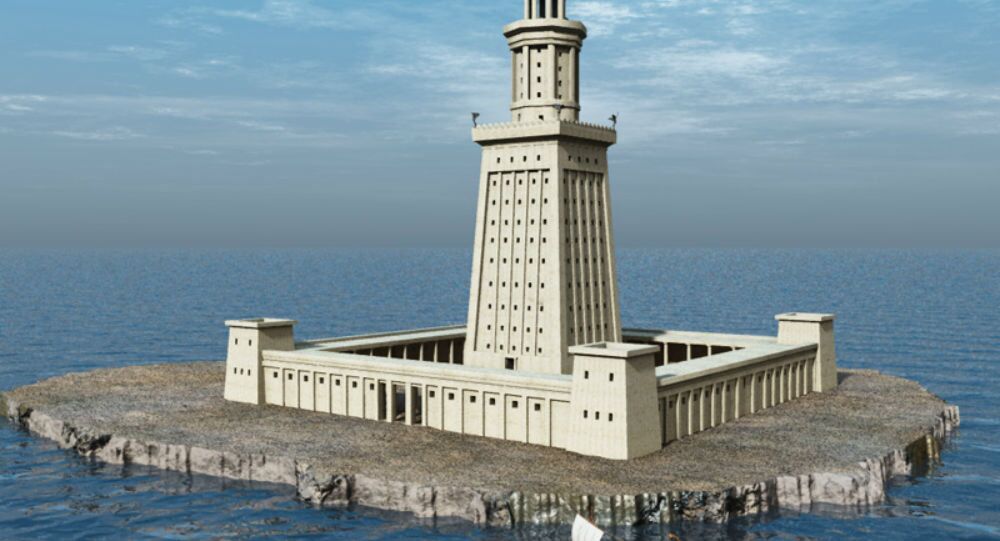 Egypt to Rebuild Lighthouse of Alexandria

Egypt’s Supreme Antiquities Council has approved the rebuilding of the Lighthouse of Alexandria, one of the Seven Wonders of the Ancient World.

The Lighthouse, which was built by the Ptolemaic Kingdom in 280 BC, once stood at approximately 450 feet tall and was one of the world’s tallest man-made structures for hundreds of years.

© Wikipedia / Nightryder84
After Half a Century, Iran Gets 108 Ancient Artifacts Back From US

Now, centuries after it was badly damaged by a number of earthquakes, Egypt is seeking to rebuild the lighthouse near its original location.

According to Amin, the comprehensive studies and a final plan have been submitted to Alexandria’s governor for final approval.

The Lighthouse, also known as the Pharos Lighthouse, was commissioned shortly after Alexander the Great died in the 3rd Century.

The structure was badly damaged by a series of earthquakes that hit Alexandria and the Mediterranean area between the 3rd and 12th centuries, Greco-Roman archaeology professor Fathy Khourshid told the Cairo Post.

He described the building as having three stages: a lower square section with a central core; a middle octagonal section; and a circular section at the top with a mirror to reflect sunlight during the day. At night, sailors entering the harbor at Alexandria would have been guided by a fire at the top of the tower.

After finally being destroyed in 14th Century, remnant stones of the structure were used to build the Citadel of Qatibay in 1480, which still stands in Alexandria.

Along with being one of the world’s tallest structures for centuries, the Lighthouse was also the third longest-surviving Wonder after the Mausoleum at Halicarnassus and the Great Pyramid of Giza.