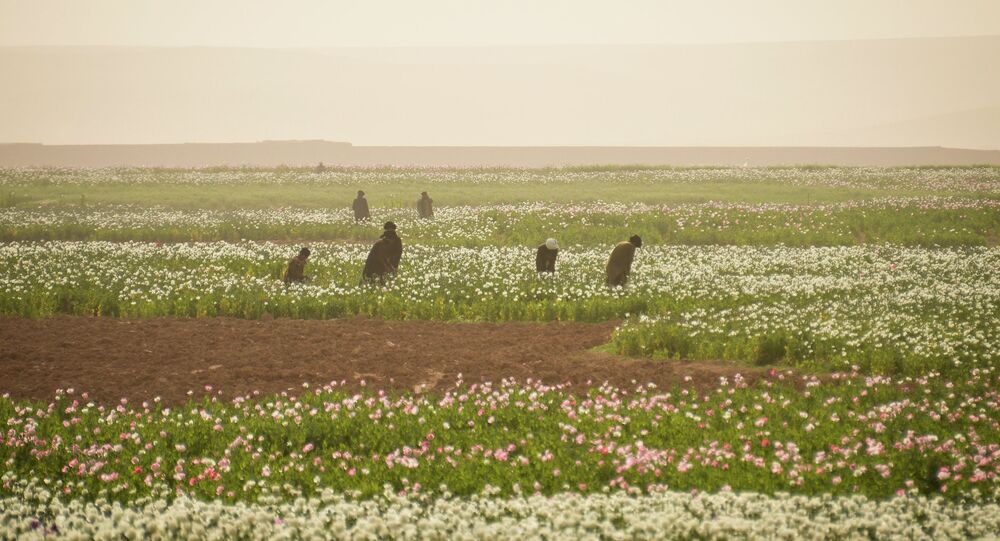 Opium production in Afghanistan has been surging for years despite all efforts to eradicate it, but this year mysterious high-yielding super seeds could create an even bigger crop - and more heroin on the market.

The cash crop worth up to 12 times what traditional crops garner on the market has surged in popularity among Afghan farmers since the US-led invasion. Under the Taliban's strict ban, poppies were virtually eradicated in 2001, but production levels have rebounded and exceeded previous levels by far.

With Afghanistan supplying upwards of 80% of the world's illicit opium — a world market worth an estimated $3 billion — the new, high yield variety has authorities worried.

"This is a big threat to everyone," Gul Mohammad Shukran, chief of the anti-narcotics department in Kandahar province told the Associated Press, noting that the central government had been unresponsive to the problem.

Despite their previous ban under Taliban rule, poppies are now a cash crop for the political movement and criminal organizations — sometimes overlapping — and the trade continues to undermine security in the region. Experts believe that up to 40% of the Taliban’s operating funds come from the opium trade, making it a key part of their decade-long insurgency against the government in Kabul.

The origins of the seeds are murky, the AP reports, with farmers in Kandahar and Helmand provinces only able to report that they receive them from the same drug lord middlemen that collect the resin at the end of each harvest in late spring.

Farmers — who might struggle to buy the materials necessary to put together say, a wheat crop — are given seed and equipment on credit by those who control the opium trade, a process that also funnels them into a cycle of debt that conventional crops can't get them out of.

Even back in 2000 when the US government was lauding the Taliban's successful ban on poppy cultivation, Drug Enforcement Agency officials knew the challenge they were up against with such a profitable plant.

''The bad side of the ban is that it's bringing their country — or certain regions of their country — to economic ruin,'' Steven Casteel of the DEA told the New York Times in May 2001. ''They are trying to replace the crop with wheat, but that is easier said than done.''

A 2014 report from the Office of the Special Inspector General for Afghanistan Reconstruction estimated that the United States had spent $7.6 billion trying to wipe out the Afghan drug trade.

Though the cultivation of poppies is illegal in Afghanistan, and opium is forbidden under Islam, eradication efforts have had little traction against the enormous economic pull of the crop. And the new seeds just make the financial incentive greater.

The bulbs of the poppies grow bigger, they mature in three or four months rather than five, and the  bulbs can be scored to extract resin twice, almost doubling yield, according to Nabi Jan Malakhail, the provincial police chief in Helmand.

In addition to the higher-yielding plants, the Taliban will also have an easier time controlling the trade since this harvest there will be no international combat troops on the ground following last year's NATO drawdown.

Not only is the drug trade a problem in Afghanistan, but so is drug addiction. An estimated 1.5 to 2 million Afghans are addicted to opium, heroin and other drugs, in a country of only 30 million people.