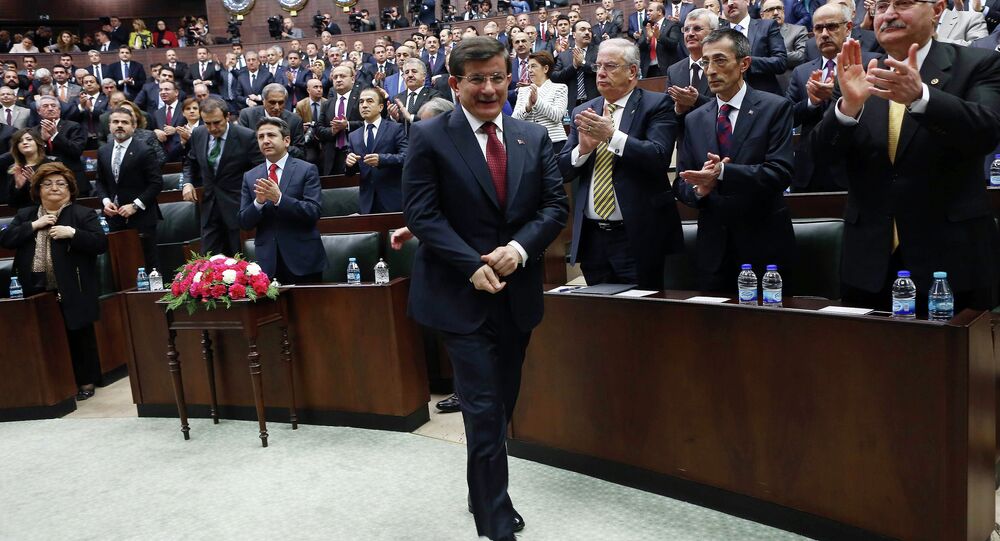 According to opposition Republican People's Party spokesman, Turkey's ruling Justice and Development Party (AKP) may resort to popularity stunts, including the launch of a military operation in Syria.

"We believe that the ruling party, foreseeing its defeat in the upcoming elections, is ready for the most unexpected and dangerous provocations, which include plans to conduct a military operation in Syria," Levent Gok said.

The aim of the move is to seek a postponement of the elections or to divert the public's attention away from the existing problems in the country, the spokesman of the country's main opposition party CHP stated.

"The issue of the possible deployment of troops in Syria is a constant topic of discussion. This scenario acquires terrifying reality as we approach the date of the election," Gok said.

Earlier in the day, CHP Secretary General Gursel Tekin said in an interview with the newspaper Taraf that Turkey is poised to launch a military operation in Syria within a day or two, citing a "credible" source.

Tekin's source in this instance, according to the opposition politician, was the same source that informed him of the Turkish operation in Syria earlier this year.

In late February, Turkish forces evacuated all the soldiers guarding the tomb of Suleyman Shah, grandfather of the founder of the Ottoman Empire, along with artifacts, from the country's exclave in Northern Syria over security concerns.

Though it was reported that the tomb was besieged by the Islamic State (IS) Sunni extremist group, the Turkish Army said it faced no resistance from any militants active in the area while approaching the site.