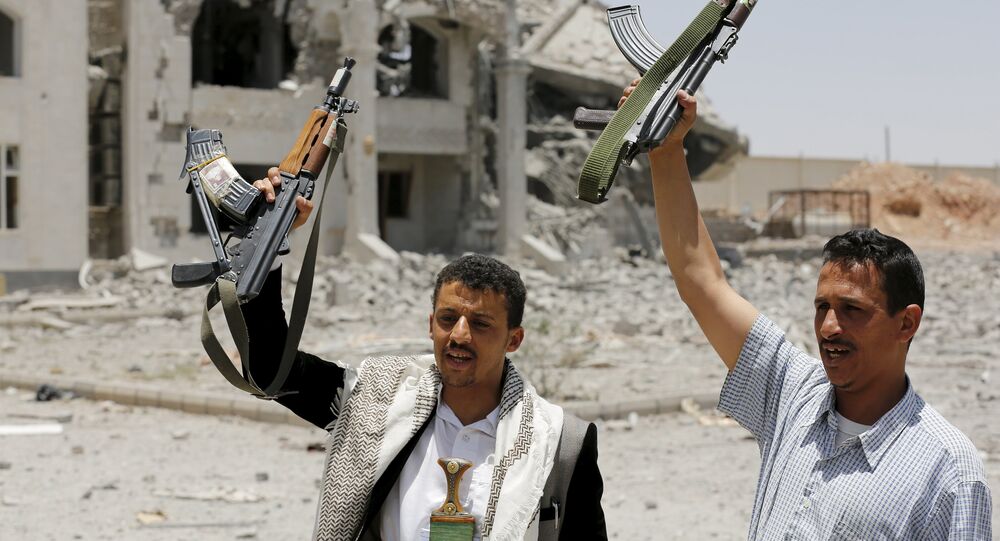 According to reports, Houthi militants carry out deliberate attacks on civilians and have taken hostages in the city of Aden.

© AFP 2020 / FAYEZ NURELDINE
Egypt Extends Participation in Anti-Houthi Operation in Yemen for 3 Months
MOSCOW (Sputnik) – Yemeni Houthi militants, who have seized large areas of the conflict-hit country, carry out deliberate attacks on civilians and have taken hostages in the city of Aden, a rights group said Thursday.

The watchdog referred to the incidents as war crimes and urged the Houthis to investigate and appropriately punish all persons responsible for the abuses. HRW also called on the pro-Houthi forces to abide by international humanitarian law and to protect civilians.

Yemen is currently enduring violent clashes between forces loyal to the country's president Abd Rabbuh Mansur Hadi and several armed groups, including the Houthi rebels. In March, a Saudi-led international coalition launched airstrikes against Houthi positions in Yemen upon Hadi's request. Even though the coalition has officially announced the end to its air campaign, the strikes continue.

On Wednesday, Yemeni Prime Minister Khaled Mahafoudh Bahah said that civilian casualties from the Houthi invasion exceed many times the damages caused by the Saudi-led airstrikes.

The same day, Yemen's mission to the United Nations called for ground forces to intervene to save the country from the Houthi rebels. The appeal runs counter to the international community's calls for an immediate ceasefire in Yemen or at least a "humanitarian pause."

Yemen's appeal comes as UN Special Envoy for Yemen Ismail Ould Cheikh Ahmed is to hold high-level talks with Yemen's president and top Saudi officials, scheduled to take place on Thursday in the Saudi capital, Riyadh. The officials are to discuss regional security issues and a renewal of talks on finding a political solution to the crisis in Yemen.

Houthi Rebels Take Over Military Base in Yemen’s Taiz