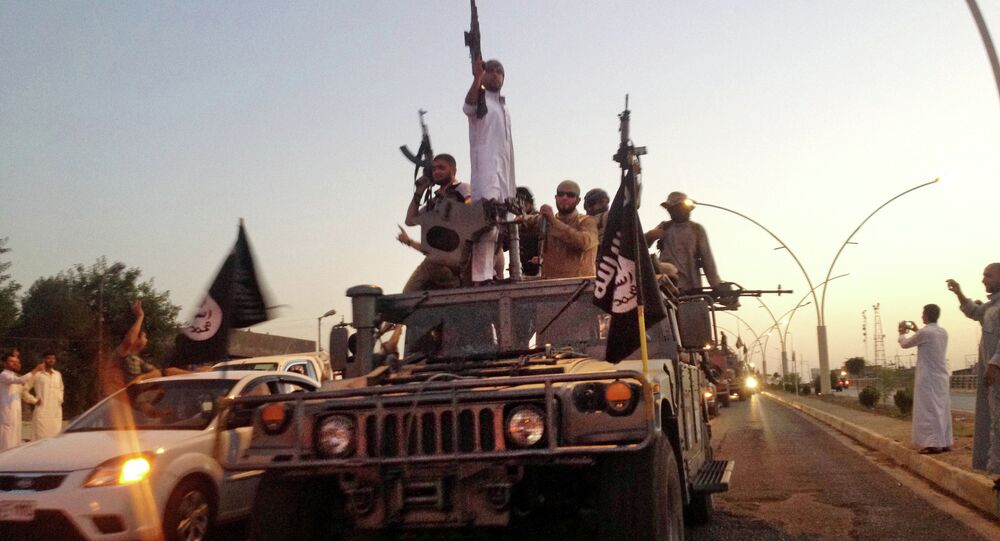 Five-Star Terror: ISIL's Luxury Hotel Where Violators Will Be Beheaded

Although the Islamic State has declared its commitment to a "puritanical" version of Islam, it has recently re-opened a luxurious five-star hotel in Mosul, welcoming its guests with open arms.

The 262-bed hotel had been regarded as a symbol of Western opulence until the Islamic State militants seized the city in June, 2014.

The pictures show refurbished rooms, a well-kept garden, freshly polished marble floors, signs in the English language and… strange black ISIL flags fluttering in the wind above all these splendors.

Twitter profile picture
Unmasked: One of ISIL's Most Devoted Recruiters is Seattle Journalism Student
Alas, the jihadists have prohibited their guests from dancing, smoking, gambling and other "sins"; women, visiting the hotel, should be dressed in accordance with strict Sharia laws – head-to-toe in black.

Those who violate the Islamic rules are at risk of being decapitated, while ISIL's infamous female police al-Khansaa will keep an eye on guests to ensure observance of Islamic values and practices.

However, looking at the pictures of lavish interiors and brightly colored balloons floating in the sky, one may forget that the hotel is located in one of the most dangerous cities in the world.

© AFP 2020 / MAHMUD HAMS
ISIL Warns of 71 Militants in US Ready to 'Attack Any Target'
It is believed that the hotel will be visited by ISIL "officials" and sympathizers from neighboring states as well as newly married jihadi couples.

The ISIL initiative has immediately sparked a lively debate in social media.

"ISIS brand of puritanical Islam isn't comfortable with modern concepts like coexistence and representation, but just fine with luxury spas," wrote one commentator on Twitter.

"Mosul looks like being a fun holiday destination this summer:  ISIS [ISIL] have just opened a hotel," noted another with unconcealed sarcasm.

ISIS brand of puritanical Islam isn't comfortable with modern concepts like coexistence and representation, but just fine with luxury spas.

I didn't know they had luxury hotels during the Prophet's time. Meet the luxury hotel/spa ISIS opened in Mosul: http://t.co/BhfIkwwiCj

Mosul looks like being a fun holiday destination this summer: ISIS have just opened a hotel http://t.co/FZgN3mwFMD H/t @kshaheen