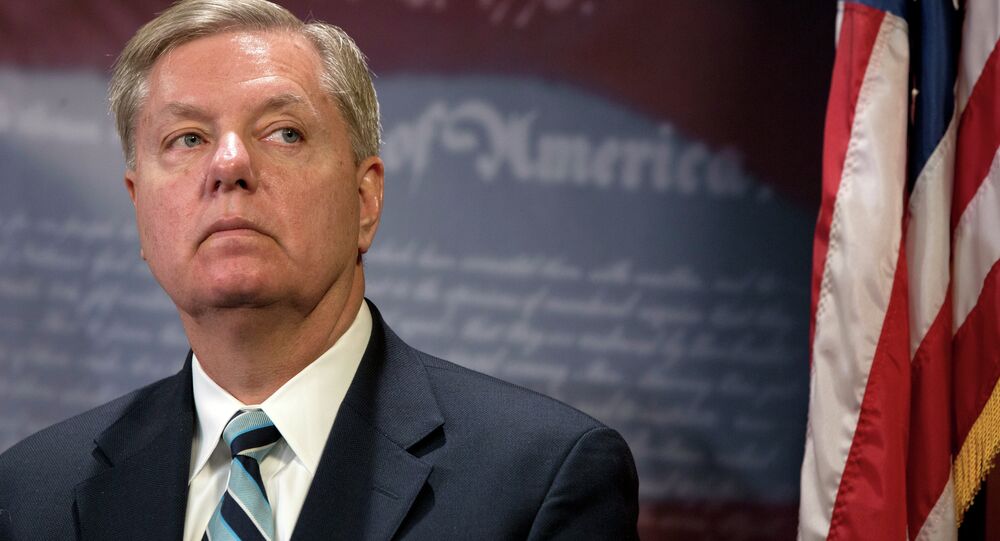 Lindsey Graham: Everything That Starts with ‘Al’ in Middle East is Bad News

Usually, if an American politician's joke makes headlines, it’s not because it was a hit. See: Vice President Joe Biden. Alas, such was the case for Republican Senator and likely presidential candidate Lindsay Graham.

On Monday night at an American Israel Public Affairs Committee dinner in Boston, Graham reportedly said "Al Qaeda, Al Nusra, Al Qaeda in the Arab Peninsula … Everything that starts with 'Al' in the Middle East is bad news."

Israeli investigative journalist Uri Blau was the first to report the joke, which Graham made while delivering his keynote speech in front of a crowd of about 1,000 pro-Israel supporters.

Graham spokesman Kevin Bishop, who was not at the dinner, said the senator has been telling the joke for many years.

"It's not a serious policy statement," Bishop told the Washington Post, adding that it is a "humorous way" to look at pressing issues.

But as Israeli newspaper Haaretz – along with other outlets and Twitter – pointed out, the issue with the joke is not people misperceiving it as the hawkish Graham’s actual views of the Middle East.

"The problem — linguistically — with Graham's comment is that ‘Al’ is the definite article in Arabic (i.e. equivalent to English's "the"), and usually appears before most Arabic proper nouns, especially place and personal names."

To be fair to Graham, Blau never made it clear how the joke was received by the crowd. According to Bishop, the South Carolina senator often gets laughs when he tells it.

But what about "Al" being equivalent to "the" in Arabic?

As for Graham’s real-life take on relations between the United States, Israel, and Palestine, the senator said: "If the Palestinians will sue one Israeli soldier who risked his life securing Israel, the US will cut all aid to Palestine."

A Senate Appropriations Committee member, Graham also threatened to cut off United States funding to the United Nations if the UN Security Council pushes through action on behalf of the Palestinians.

Graham has said he expects to make a decision about whether to run for president sometime in May. On Monday, he told the crowd “You will see me in New Hampshire” – a reference to the site of the first party primary elections.