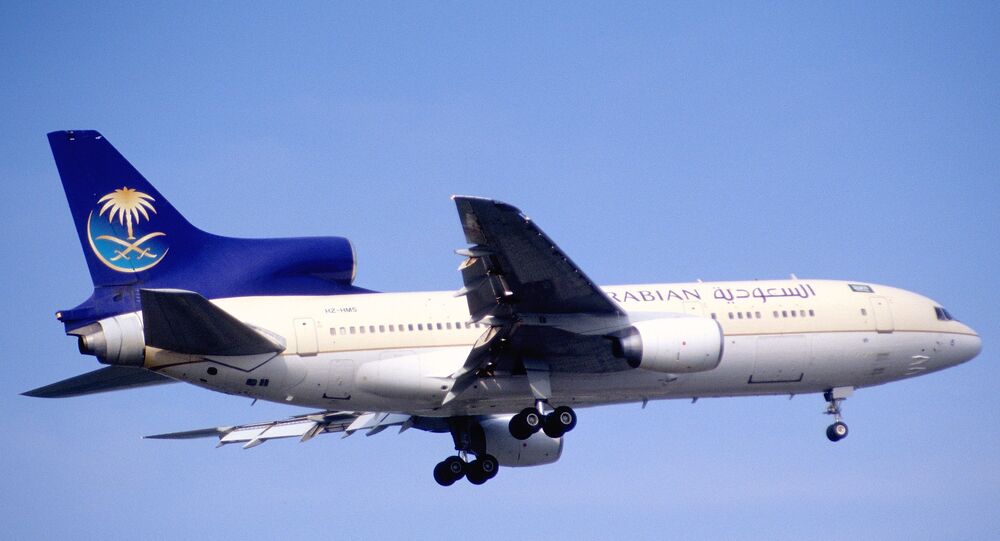 Saudi Arabian Airlines has cancelled flights to the city of Najran located on the border with Yemen which had been shelled by unidentified forces.

BEIRUT (Sputnik) — Saudi Arabian Airlines, the largest state-run airline of Saudi Arabia, has canceled flights to the city of Najran located on the border with Yemen which had been shelled by unidentified forces, the company said in its Twitter on Tuesday.

Earlier in the day, a Sputnik correspondent reported that Najran had suffered heavy mortar bombardment conducted by forces yet to be identified. As a result of the incident, some houses in the city were destroyed.

The Saudi-led bombing of the Houthi rebels' positions in Yemen began on March 26, when a group of Arab countries started the military campaign at request of Yemeni president Abd Rabbuh Mansur Hadi.

© REUTERS / Khaled Abdullah
Red Cross, MSF Alarmed Over Coalition Bombing Yemeni Airports, Blocking Aid
Yemen has been engulfed in violence since early 2015, when the rebels took large swathes of the country, including the capital Sanaa, under their control.

On April 21, the coalition said it had halted the Decisive Storm military operation and announced the start of the Restoring Hope campaign, saying it would focus on counter-terrorism and humanitarian efforts. Despite the announcement, airstrikes have continued.

More than 1,200 people have died and over 5,000 have been injured in Yemen since the escalation of the armed conflict in late March, according to recent World Health Organization estimates.

Saudi-Led Coalition in Yemen to Pause Airstrikes for Aid Delivery