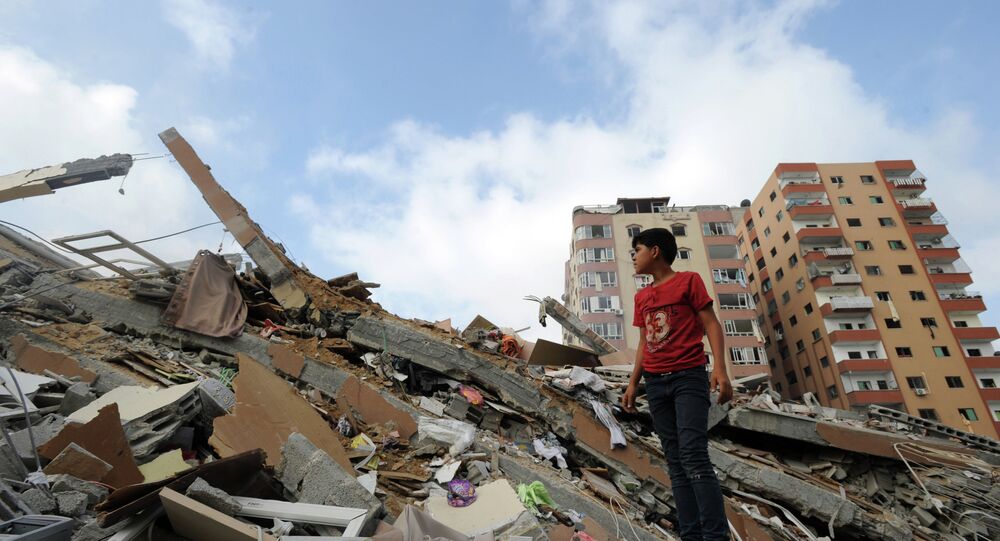 Gaza Breaking the Silence:'We Got Shoot-And-Kill Anyone in Vicinity Orders'

Noam Chayut is the co-founder of the NGO ‘Breaking the Silence’. He spoke to Sputnik Radio regarding a recent report published by the NGO, in which the Israeli military commanders ordered to shoot at civilians and destroy infrastructure during last year’s operation in Gaza.

© Flickr / Israel Defense Forces
Israeli Soldiers Admit to Shooting Palestinians for 'Fun' in Gaza War
Noam Chayut is the co-founder of the NGO ‘Breaking the Silence’. Chayut served five years in the Israeli army. He is also the author of a memoir titled ‘The Girl Who Stole my Holocaust.’

According to the recent report published by the NGO, Israeli military commanders ordered to shoot at civilians and destroy infrastructure during last year’s operation in Gaza.

‘Breaking the Silence’ collected the testimonies of 60 IDF soldiers who took part in operation “Protective Edge,” also known as the 2014 Gaza massacre.

As it turned out, soldiers were ordered to treat any Palestinian, even civilians, as an enemy.

This revelation runs counter to the statements made by Israeli military officials who said they were trying to avoid civilian casualties and destruction to Palestine’s infrastructure.

“Military investigation do not intend to seek the truth, they only search for low ranking soldiers to put the responsibility on them.”

© Flickr / Israel Defense Forces
Israel, Gaza Exchange Rocket Fire for First Time Since Year Started
According to Chayut something changed in the army last summer. The rules of engagement were much more coercive. Soldiers got the order to shoot and kill anyone in the area, and indiscriminative weapons like artillery shells were shot into densely populated areas.

“The spokesperson of the army and investigation of the army tries to show, or to minimize the civilian causalities is just a blunt lie.”

“I served as a foreign officer in the army. I served at a very violent time and I was shocked from some testimonies that we heard from the last summer. Soldiers got shoot-and-kill anyone in the area orders, something one wouldn't have believed 5 years ago.”

He further talks about how the air force used to send leaflets from the skies, telling civilians to evacuate the areas, and then soldiers were told that there were no civilians in the area.

“Now this of course was not true. The soldiers that entered saw a lot of civilians but nevertheless they were ordered to shoot and kill anyone in this area.”

© AP Photo
Leaked Emails Show Sony Fears of Israeli Bombing Links
He also said when he was in the army he needed the approval of the battalion's commander to shoot a tank shell into a populated area. There they allowed even a 19 years old commander to approve using shells, resulting in high causalities. Over 2, 000 people were killed.

Chayut also said that the army used the strategy of "knocking in the roof," in which a small bomb would be sent through the roof of a house to minimize causalities, as it gives time for people to evacuate.

“In our case half a minute, one or two minutes after this warning, a bomb or a real shell was shot and the house was destroyed.”