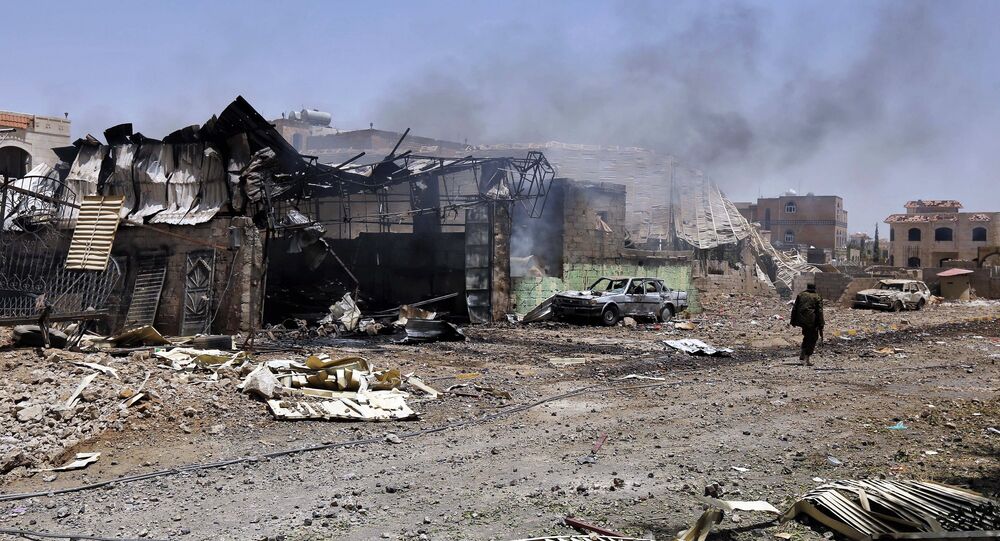 The Human Rights Watch report said that available video, photographs and other credible evidence had shown that the Saudi-led coalition had used cluster bombs near villages in northern Yemen, "putting local people in danger."

“We are looking carefully into the details surrounding the Human Rights Watch report,” the spokesperson said.

A 2008 treaty adopted by 116 countries prohibits cluster munition for seriously endangering civilians due to wide area of damage. The United States, Saudi Arabia and Yemen have not joined the convention.

© AFP 2021 / Haider SHAH
Saudi-Led Coalition Uses Prohibited US Cluster Munitions in Yemen - HRW
The spokesperson noted that the Unites States takes very seriously all accounts of civilian deaths due to the ongoing hostilities in Yemen.

“We call upon all sides to comply with international humanitarian law and to take all feasible measures to minimize harm to civilians,” the spokesperson added.

As a matter of US law and policy, the spokesperson explained, the United States may only transfer cluster munitions that meet stringent requirements for unexploded ordnance rates, which may not exceed one percent.

In addition, recipients of such transfers must commit that they will use cluster munitions only against clearly defined military targets, and not in areas normally inhabited by civilians or where civilians are known to be present.

“This is obviously a critical element of the policy,” the spokesperson underlined.

Saudi-Led Coalition in Yemen to Pause Airstrikes for Aid Delivery