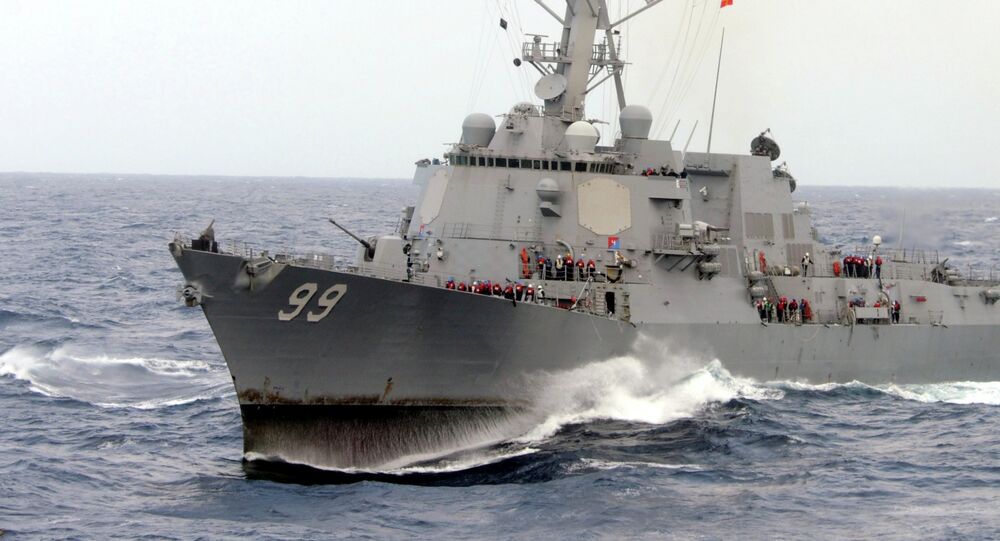 On April 28, several Iranian Revolutionary Guard Corps Navy (IRGCN) patrol vessels approached the US Maersk Tigris cargo ship in the Strait of Hormuz, accusing the ship of trespassing. The patrol then directed the ship to sail to Iranian territorial waters.

© REUTERS / Yuri Gripas/Files
Boehner Calls on US Congress to Respond to Iran’s Actions in Persian Gulf
CAIRO (Sputnik) – The United States does not need to protect its ships in the Strait of Hormuz near Iran, since it is completely safe, but should do so in the waters near Yemen, Iranian Navy Commander Rear Adm. Habibollah Sayyari said Monday.

"The area of the Persian Gulf and the Strait of Hormuz is safe thanks to constant monitoring and control by the Iranian Navy, so the United States does not need to convoy their ships [there], while the Gulf of Aden and the Bab el-Mandeb Strait are not entirely safe, that's why Washington should protect its vessels there," Sayyari was quoted as saying by local media.

The Iranian Navy commander added that Iran's forces conducted regular exercises and were continually upgrading their military equipment in order to ensure the security of international marine traffic in their territorial waters.

Twitter / Gulf Times
Iran Releases Marshall Islands-Flagged Cargo Ship
Pentagon spokesperson Steve Warren told Sputnik, on April 28, that the US Navy had directed a destroyer and an aircraft to proceed to the location where the US ship was being held by Iranian authorities to observe their interactions.

On April 29, Iranian Foreign Minister Mohammad Javad Zarif said the seizure of the US ship by the IRGCN was not a result of a court order and was not politically motivated.

US to Inspect Iran’s Nuclear Facilities