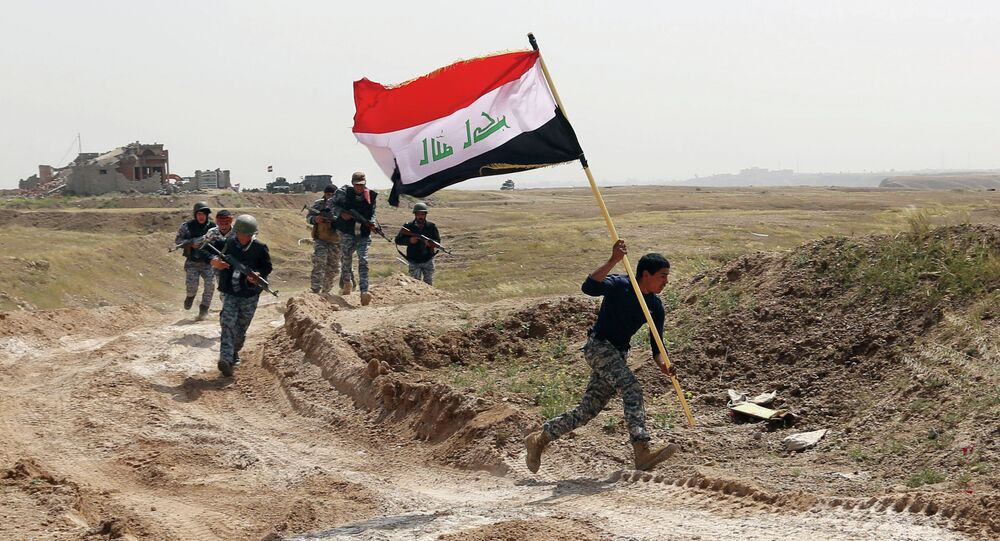 The Islamic State militant group in Iraq is weakened and pulling back, the country's Prime Minister Haider Abadi said Sunday.

MOSCOW (Sputnik) — Iraqi forces have liberated all the territories of Diyala province and most of the territories of Salahuddin province, Prime Minister Haider Abadi said in Baghdad after meeting his Canadian counterpart Stephen Harper, Euronews television channel reported.

"The Islamic State is retreating and it is weak now. Thank God we have liberated all the territories of Diyala province and most of the territories of Salahuddin province, and Baghdad today has become safer than at any other time."

© REUTERS / Thaier Al-Sudani
ISIL Releases Video of Boy Shooting Alleged Spy in Iraq
On Saturday, the Iraqi capital was shaken by two explosions, reportedly killing 17 people. The Islamic State militants took responsibility for the attacks, according to the local media.

Earlier that day, the United Nations Assistance Mission for Iraq released its monthly report on Iraq, revealing that more than 800 people had been killed in acts of violence and terrorism. Baghdad, Diyala and Salahuddin were among the areas particularly hard-hit by violence, according to the UN.