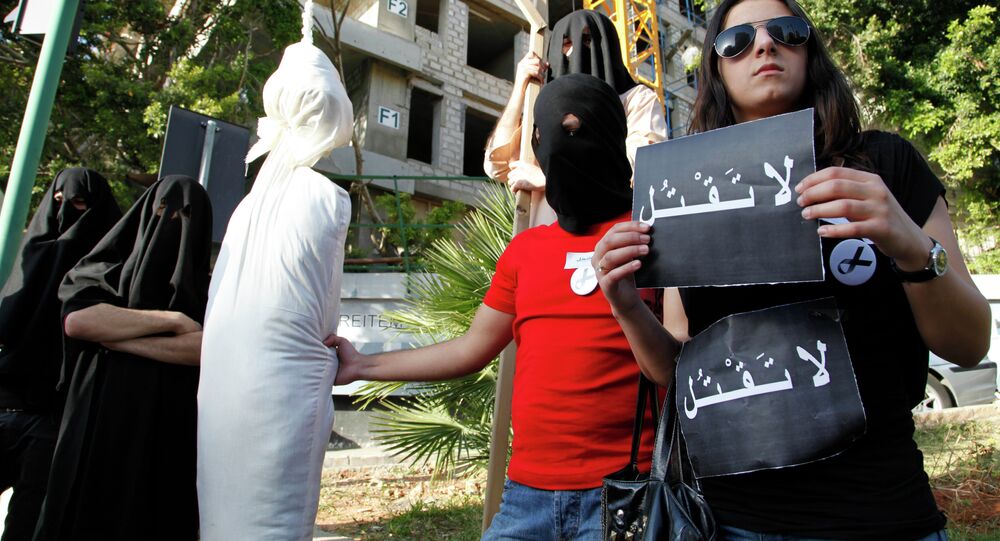 A Saudi national who murdered his father was among three people beheaded on Thursday, the interior ministry said, bringing the total number of executions in the kingdom this year to 72.

Authorities executed Abdullah al-Balawi after his conviction for stabbing his father to death, the ministry said in a statement carried by the official Saudi Press Agency (SPA).

SPA reported that the son had planned the murder, but it did not give his motives.

Another Saudi, Fayez al-Atwi in Riyadh, was beheaded for gunning down a member of the security forces while he was on duty.

The third person executed was Abdullah al-Ruwaili, a Saudi found guilty of "smuggling a large amount of banned amphetamine pills," said the ministry.

Both Balawi and Ruwaili were executed in the northwestern city of Tabuk.

The three cases bring to 72 the number of death sentences carried out this year, compared with 87 for all of 2014, according to an AFP tally.

Amnesty International has criticized a "macabre spike" in the use of the death penalty this year in Saudi Arabia, which the London-based watchdog group ranked among the world's top three executioners of 2014.

Drug trafficking, rape, murder, apostasy and armed robbery are all punishable by death under the kingdom's strict version of Islamic sharia law. The interior ministry has cited deterrence as a reason for carrying out the punishment.

In the first three weeks of August 2014, Saudi officials carried an average of more than one execution per day. Half of the executions carried out last year were for non-lethal offenses, Amnesty International said.

Beheadings are most common form of execution in Saudi Arabia, with the acts sometimes taking place in public. In January, activists leaked a video of an executioner beheading a woman accused of killing her stepdaughter.

Saudi officials told CNN that beheadings are an integral part of their system of Islamic law, and the only violation that took place at the gruesome scene was the illegal filming of the act.

The man responsible for the video was arrested and was to be tried, a Saudi official said, although months later, his fate in unknown.

"We emphasize respect for the right to life as one of the fundamental rights guaranteed by the law. It should not make us forget the rights of other parties violated by the perpetrators, which has to be seen with the same degree of respect, Mohammed al-Muadi, of the government-backed Saudi Human Rights Commission, told CNN in January.

While the kingdom does not appear to be affected by international pressure, there are private discussions that could lead officials to consider methods like lethal injection in the coming years, Saudi legal experts told CNN.

According to Amnesty International, Saudi Arabia’s more than 90 executions in 2014 trailed only Iran’s more than 289 and China, which is estimated to have executed thousands, although numbers cannot be confirmed.

Iraq’s more than 61 executions were the fourth most, while the United States’ 35 were the fifth most.

The organization said there were 607 executions in 22 countries in 2014 – a decrease of 22% compared with the year before.