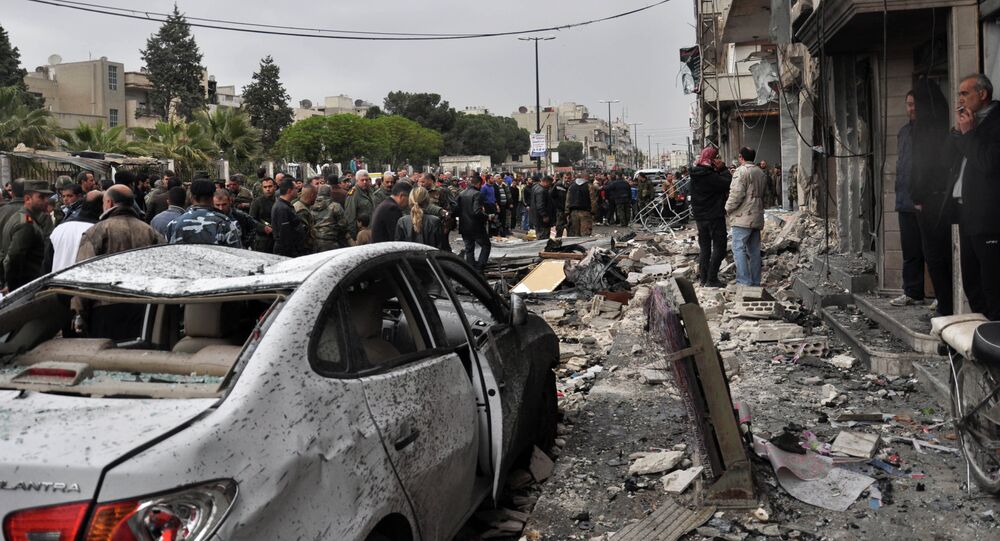 UN Special Envoy to Syria Lakhdar Brahimi said that progress in the Syrian conflict exists only through talking.

© AP Photo / Dmitry Lovetsky
Next Round of Intra-Syrian Talks to Be Held in Geneva – Russian Diplomat
MOSCOW, April 30 (Sputnik) — The conflict in Syria can only be solved with a complete ceasefire and the renewal of political dialogue by responsible parties, former UN Special Envoy to Syria Lakhdar Brahimi said.

"We need a political solution, a solution of this kind requires cessation of any military activity and beginning of a dialogue. Without doubt, we are following Russia's effort in helping both sides of the conflict," Brahimi said in an interview with RT and RIA Novosti.

According to Brahimi, it is clear the conflict cannot be solved militarily but that, "there are many sides who do everything for the development of the military scenario."

© REUTERS / Sultan Kitaz
Discord Over State Sponsors of Terrorism Stalls Progress at Syrian Talks
Progress in the Syrian conflict exists only on words, Brahimi said. "There is no political progress, neither between sides in the region, nor inside the country," he said.

Syria has been in a civil war since 2011, as the government battles many militant groups.

The warring parties have met twice over the last three years at UN-backed Geneva conferences but failed to stop the violence.

Moscow has hosted two rounds of intra-Syrian talks. At the second round of consultations held April 6-9, the sides agreed on a 10-point agenda defining a negotiating framework.

The latest round of intra-Syria talks is due to start on May 4 in Geneva.

US Provides Additional $6Mln in Humanitarian Aid for Syrian Palestinians

New Round of Syrian Talks to Take Place in May – Opposition