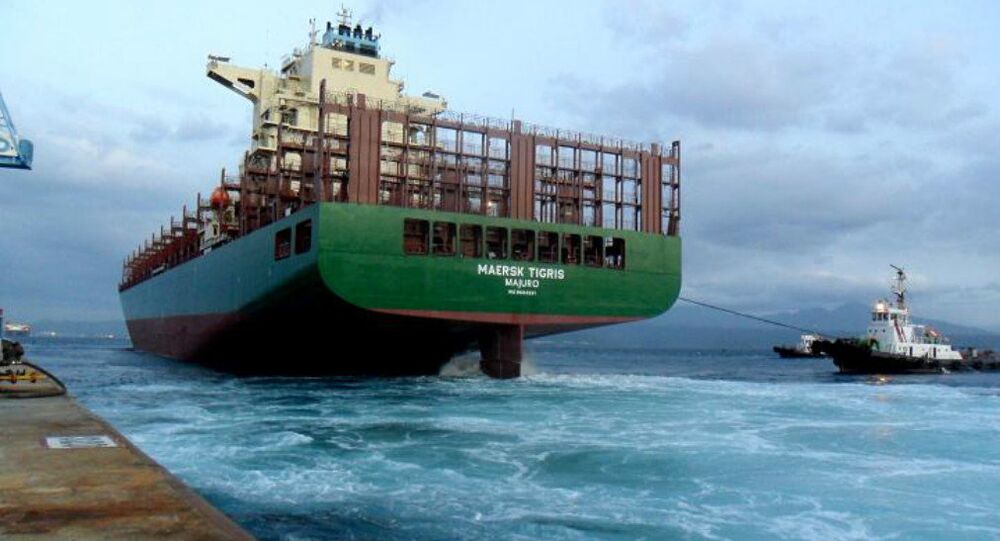 The vessel was reportedly boarded after it entered Iranian territorial waters.

A Pentagon spokesman has confirmed that there were no US soldiers aboard the vessel, owned by Danish conglomerate Maersk. The US have sent a warship from the Navy to monitor the situation.

Col. Steve Warren said the cargo ship issued a distress call and U.S. Naval Forces Central Command, based in the area, sent a U.S. destroyer and an aircraft to the area of the incident to monitor the situation.

There had not been any confrontation between Iran's Revolutionary Guard and any Navy ships, NBC reported, citing senior US navy officials.

Either #MaerskTigris has been hijacked by #Iran or it hasn't. Obfuscation by Pentagon & White House fuels incendiary CNN/FNC reporting.

Earlier on Tuesday, the Saudi news network Al Arabiya reported that a US ship had been fired at and steered to the Bandar Abbas port by Iran.

However, the tiny nation of the Marshall Islands is known as one of the primary flag-of-convenience states, which means vessels carrying its flag do not necessarily have any connection to the country.

@JohnAllenGay Marshall Islands is a flag of convenience. Good % of all ships on sea use that flag to avoid home-state regulations.