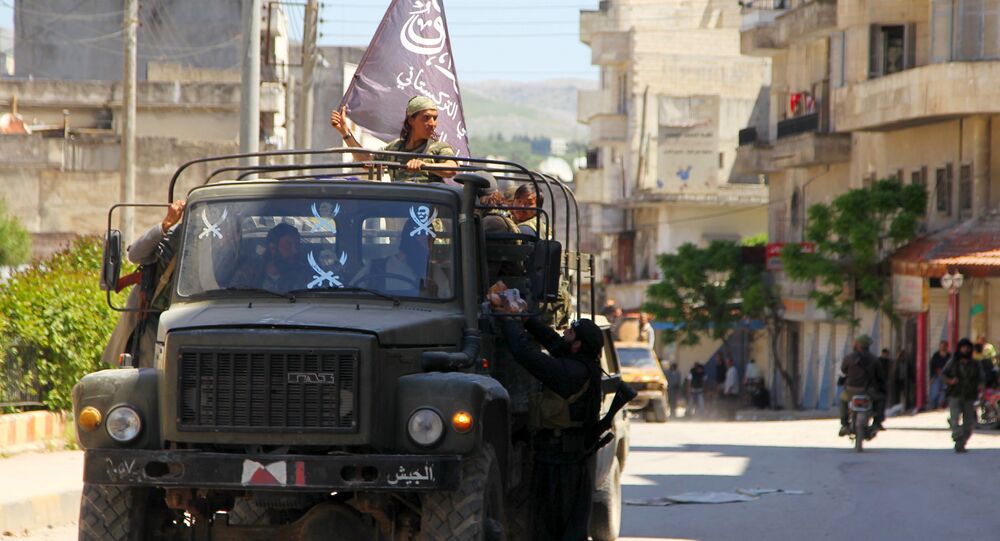 The Nusra Front, an al-Qaeda affiliate in Syria, seized large parts of Jisr al-Shughour on Saturday.

According to the channel, the Syrian army launched a counter-offensive on Sunday forcing the militants to retreat to the northern outskirts of the town. The aim of the military operation is to liberate Jisr al-Shughour.

At the same time, heavy fighting between the militants and government forces began on Sunday 11 miles to the south of Jisr al-Shughour, in the vicinity of Al-Ziyara town, in the province of Hama, Al Mayadeen reported.

Syria has been in a civil war since March 2011. Syrian President Bashar Assad's forces have been engaged in battles on multiple fronts, against the moderate opposition and numerous radical insurgent groups, including the Nusra Front and the Islamic State.

More than 220,000 people have been killed in the fighting over the four years of the conflict, according to UN estimates.