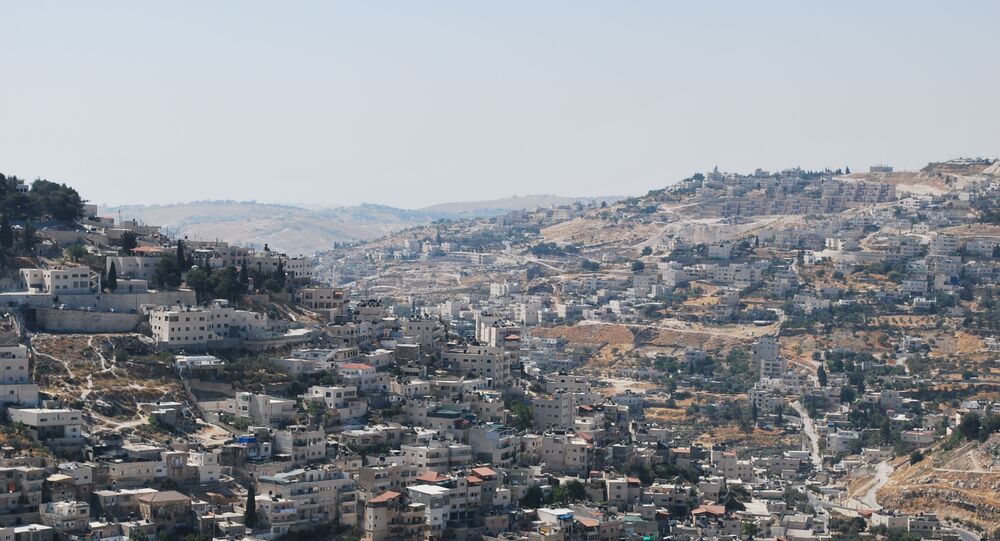 Officers were hit by a car in East Jerusalem in what police suspect might have been a terrorist attack.

TEL AVIV (Sputnik) – Three police officers were hit by a car in East Jerusalem in what police suspect might have been a terrorist attack, The Times of Israel reports.

One of the Israeli police officers, a 20-year-old woman, sustained moderate injuries, while the other two, a man and a woman, were only lightly wounded, according to the online newspaper.

© AFP 2020 / THOMAS COEX
Arsonists Launch Hate Attack on Christian Seminary in Jerusalem
The Times of Israel also said that the emergency response team had to flee from the scene after they were attacked with rocks and Molotov cocktails. Meanwhile security forces are still searching for the car driver, who abandoned the vehicle after hitting the police officers on Saturday evening.

Tensions between Israel and Palestine mounted on Friday, after a rocket was fired from the Hamas-controlled territory of Gaza for the first time since the beginning of the year.

Palestine wants to establish an independent state on the West Bank territories, including East Jerusalem, partially occupied by Israel, and the Gaza Strip.

Meanwhile Israel has been stepping up the construction of housing units in the West Bank.