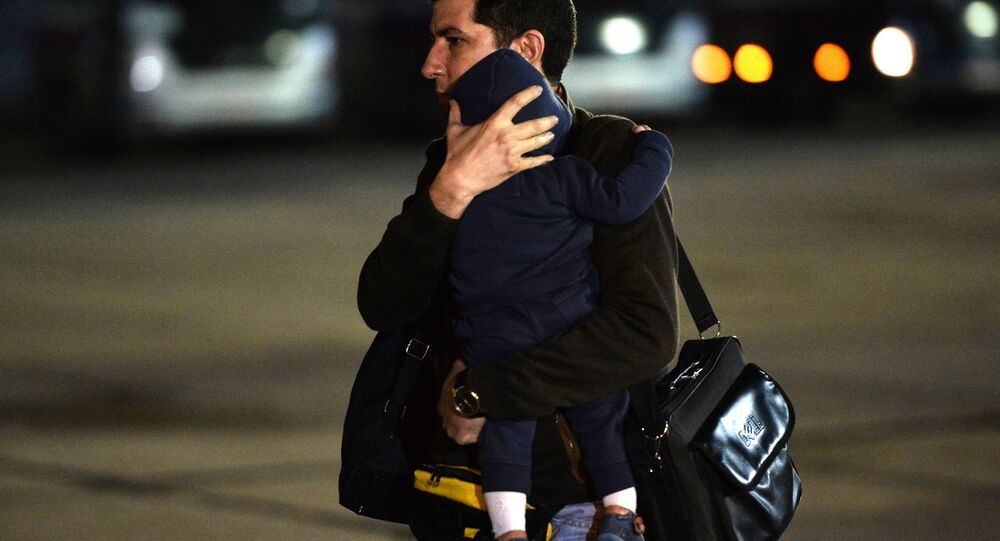 "More than 1,700 people were taken out of Yemen from March 31 to April 22, including the two flights that arrived in the early hours of [April] 23," Lukashevich said in a briefing, adding that more than 400 Russians have been evacuated.

According to the spokesperson, Russia could continue evacuating foreigners from Yemen if needed.

Yemen has been in a state of turmoil since Houthi opposition forces seized the capital city Sanaa and overthrew the government in 2014, forcing President Abd Rabbuh Mansur Hadi to step down. The president later renounced his resignation and asked Saudi allies for help.

© AFP 2020 / MOHAMMED HUWAIS
Threat Exists in Yemen Despite Restoring Hope Campaign Start - Bahraini FM
The United Nations estimates that more than 1,000 people have lost their lives in Yemen since the start of airstrikes by the Saudi-led coalition of Arab countries in late March. The UN humanitarian commissioner said Thursday over 150,000 had been displaced since March 19.

Fighting and coalition airstrikes of the past four weeks worsened the humanitarian crisis in the country, with UN aid agencies complaining about disruptions in food, water and electricity supplies across the entire country.

Despite the coalition's announcement of an end to air raids on Tuesday, airstrikes against rebel targets reportedly continued throughout Thursday. On Wednesday, Arab states launched the second phase of their campaign to restore the government of President Hadi, which allegedly has humanitarian and political goals.