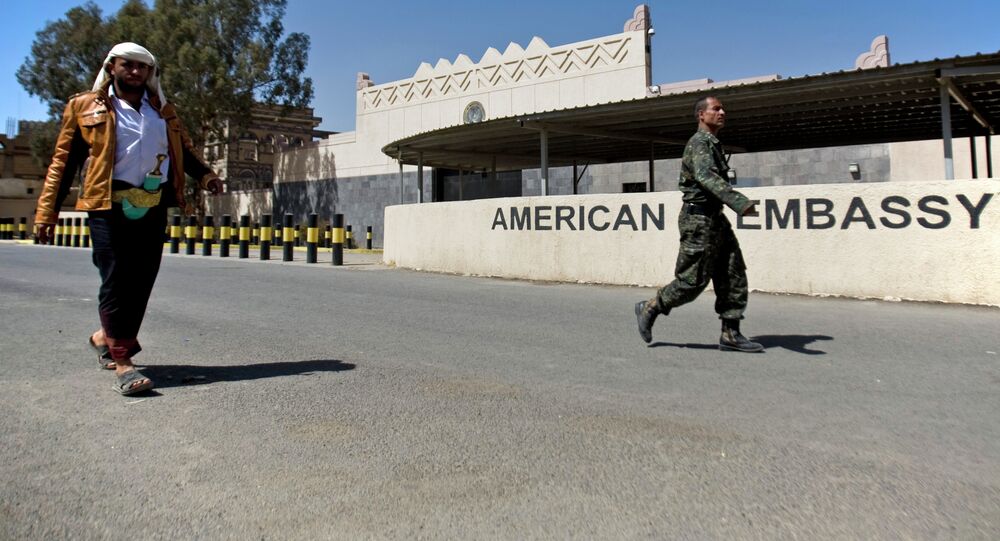 The American Embassy told its citizens who found themselves in the midst of the Yemeni turmoil to leave the war zone, but didn't specify how to get out of the country, RT correspondent Murad Gazdiev told Sputnik.

"The entire affair, it was very chaotic, given the circumstances," Gazdiev underscored, saying that people were rushing between the terminal complex and the Russian jet that was supposed to carry people out.

© Sputnik / Alexey Kudenko
RT Helps Abandoned Americans Evacuate From Yemen
Some people "were phoning around embassies trying to find out the closest flight they could put their relatives on to get out of the country."

You could see all sorts of people there, the correspondent noted: "You had Americans, you had Britons, you had Portuguese, Cubans even. So, lots of people really wanted to be out of the country on that flight and given that this could be the last flight, big flight, out of Yemen there were a lot of people trying to get on."

Some Americans and a few other Western nationals and even some Yemenis chose to travel to Djibouti American military base, the largest on the African continent. However, "at least one American family that I know went all the way to Moscow," he said.

© Flickr / DryHeatPanzer
Saudi Prince Promises 100 Bentleys to Pilots Who Bombed Yemen Civilians
The correspondent elaborated that although the US Embassy had issued a travel warning when the crisis erupted, urging American civilians to get out of the conflict zone, it had not told them what their options were to exit the country.

"Unfortunately, as two American citizens told us, they don't give you any options; how you get out is completely up to you," he said.

The correspondent said, citing the American civilians who got stuck in the Yemeni airport, that they received emails and phone calls with warnings, but it was absolutely useless, since the American Embassy had not provided them with any specific options.

In contrast, the Russian Embassy in Yemen was up and running — gaining the reputation as an active one, Mr. Gazdiev said.

Gazdiev noted that although Saudi Arabia declared it had finished the initial bombing campaign and it was relatively calm when the Russian plane left Yemen, later the fighting continued: there were explosions and the airport was also bombed out.

It is worth mentioning that the message came after almost 200 people were taken to Moscow by air from the conflict zone. Besides 13 Russians, the number included US citizens who were not evacuated by their own government.

Russia's Foreign Ministry has thanked RT TV channel for its technical and informational help in evacuating people from war-torn Yemen.