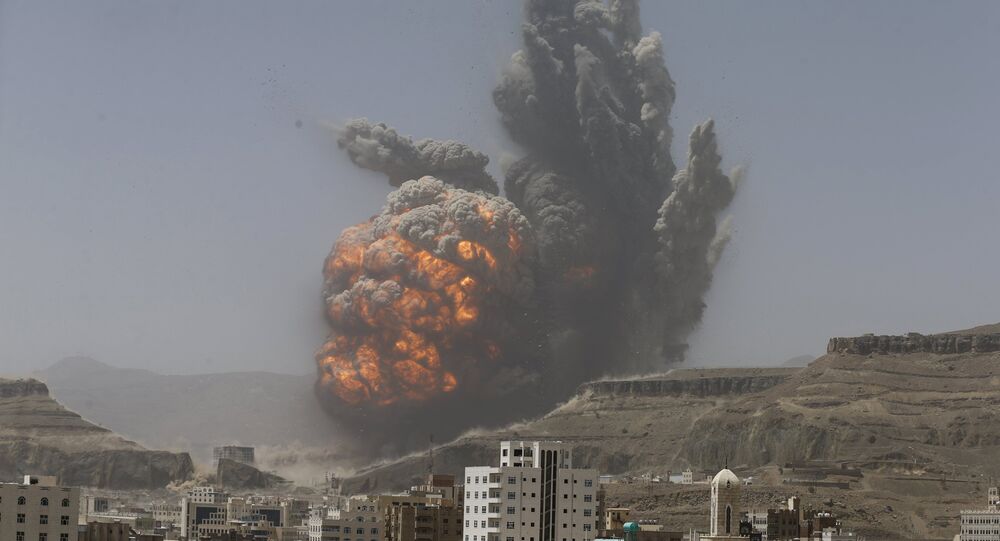 © Sputnik / Stringer
Over 1,000 People Killed in Yemen Conflict Since March 19
UNITED NATIONS (Sputnik) – The Saudi-led coalition airstrikes on Yemen in the past weeks affected almost the entire country and worsened the humanitarian crisis there, the UN aid coordinator for Yemen said Thursday.

"Escalating conflict over the past four weeks has worsened an already large-scale humanitarian crisis in Yemen… Fighting and coalition airstrikes have impacted virtually the entire country. The toll on civilians has been immense," Johannes Van Der Klaauw said in New York.

Yemen has been in a state of turmoil for months, since the Shiite Houthi rebels took control of large areas across the country and forced Yemeni President Abd Rabbuh Mansur Hadi and his government to resign. The president later disavowed his resignation.

At Hadi's request, Saudi Arabia and its allies from across the Arab world started pounding rebels' positions on the outskirts of the Yemeni capital Sanaa and around the port city of Aden late March.

© REUTERS / Stringer
Russia Against Ground Force Operations in Yemen
UN estimates that over 1,080 people have been killed, some 4,350 injured and over 150,000 displaced in Yemen since March 19.

Hostilities disrupted supply of food, fuel, water and electricity across the country. An estimated 2 million children are unable to attend school, the UN coordinator said.

Van Der Klaauw said the agency was to revise its Humanitarian Response Plan in the coming weeks. He added the organization would require additional support for the remainder of 2015 due to the severity of the crisis.

Last Tuesday, the coalition of Gulf Arab states said it had completed its Decisive Storm military campaign in Yemen. A campaign codenamed Restoring Hope was launched the following day. Its stated goal is to conduct counter-terrorism operations, humanitarian missions, and revive political dialogue in the war-torn country.