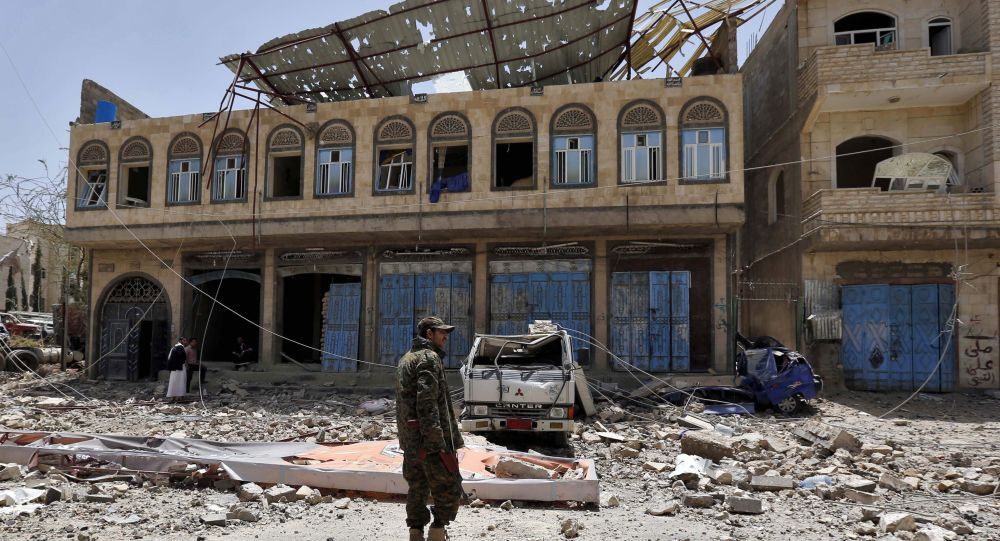 Dozens were killed after the Saudi-led coalition bombed targets in southern Yemen hours after announcing the end of the bombing operation.

The Saudi-led coalition bombed the southern Yemeni city of Taiz on Wednesday morning after Houthi militias attacked and took over a military base loyal to the exiled President Hadi.

"They bombed an area called Hamdan, where many women and children got killed and injured. The airstrikes did not stop at all," Fadl al-Mutaa, a senior member of the Ansar Allah party told Sputnik Arabic.

© AP Photo / SPA
Saudi-Led Coalition Promises Yemen ‘Hope’ Instead of ‘Storm’
The bombing comes less than a 24 hours after the Saudi-led coalition stopped airstrikes at the request of the country's exiled president.

According to Abshenass, Russian President Vladimir Putin played a role in convincing Saudi Arabia to end the bombings. Abshenass said that the Saudi king asked Putin for support in exiting the situation with dignity.

On Monday, the United States deployed an aircraft carrier and a guided-missile cruiser to waters near Yemen.  US State Department spokesperson Marie Harf said that the US Navy dispatched the ships to protect commercial sea lanes, not to cut intercept potential Iranian ships.

© REUTERS / Mohamed al-Sayaghi
Houthi Rebels Take Over Military Base in Yemen’s Taiz
Clashes between Houthi rebels and forces loyal to the exiled president continued after the announcement.

The military operation by the Saudi-led coalition against the Houthis was launched in late March at the request of President Hadi who fled Yemen after escaping house arrest.