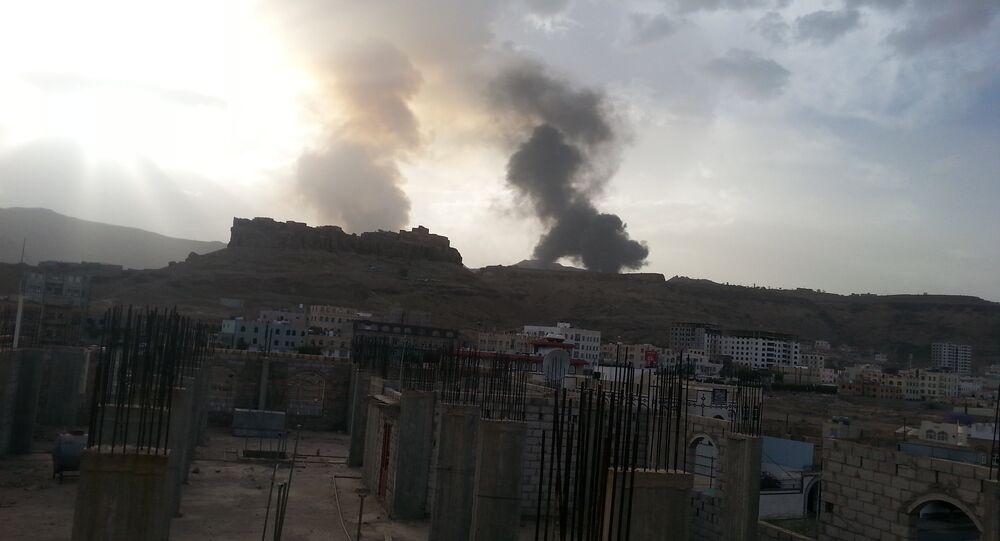 The International Organization for Migration (IOM) suspended evacuations of foreign nationals from Yemen due to security conditions within and around Sanaa airport.

© AP Photo / Hani Mohammed
Chemical Weapons Used by Saudi Arabia in Yemen Kill Scores of Civilians - Iranian Media
"Today's operations continue to be halted by unacceptable demand in regard to the identity of the passengers to be evacuated by IOM. Security conditions within and around Sanaa airport are also worsened, affecting the ability of IOM stuff to operate on airport grounds," Millman said.

The last IOM humanitarian aircraft departed Yemen Sunday with nearly 140 people on board. The organization carried out two other charter flights on April 12 and April 14.

Earlier in the day, a source from the Russian embassy in Yemen disclosed plans to evacuate over 400 Russians and other nationals Wednesday morning.

© Photo : Stringer
Red Cross Report Denial of Humanitarian Access to Central Yemen
The coalition of Gulf nations led by Saudi Arabia is in its fifth week of attempting to drive out Houthi militants from Yemen and reinstate President Abd Rabbuh Mansur Hadi, who has fled to Riyadh amid increasing violence in the country.

On Monday, a massive coalition airstrike on a Sanaa military base killed 38 and wounded over 500.

In total, over 700 people have been killed and 2,700 wounded, most of them civilians, since the start of the Saudi-led campaign in Yemen.