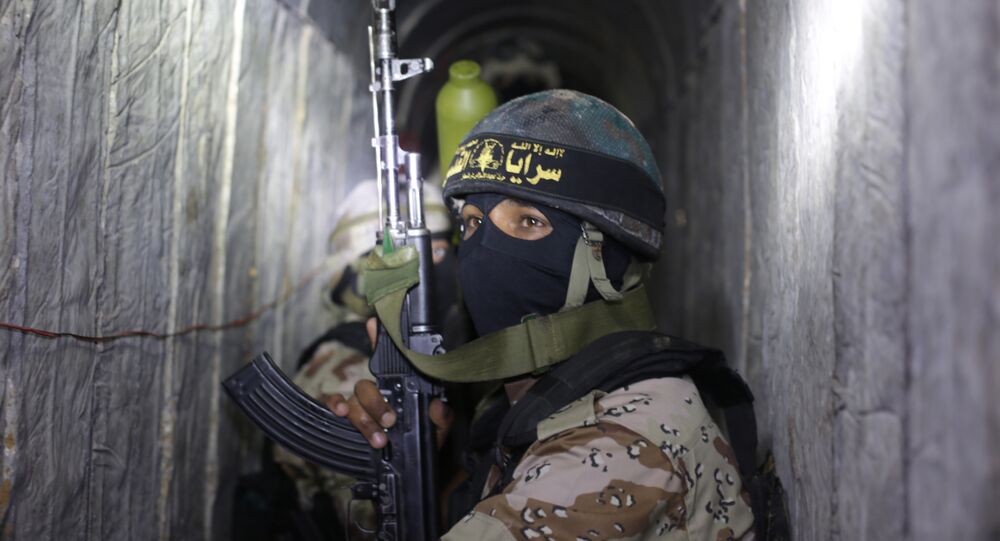 The mastermind behind the rise of the Islamic State in Syria and Iraq was one of Saddam Hussein's former intelligence officers, who had been angered by the nature of the US-led invasion of Iraq, a new report suggests.

Documents uncovered by German magazine Der Spiegel allegedly show the meticulous planning that went in to establishing ISIL, with 31 pages of charts, lists and schedules dubbed the "blueprint" for the group's rise in Syria.

The article reports that the documents belonged to Muhammad al-Khlifawi, a former intelligence officer for the Iraqi air defense force under Saddam Hussein's regime, who went by the name of Haji Bakr.

Samir Abd Muhammad al-Khlifawi, better known by the nom de guerre Haji Bakr, was "the strategic head" of the… http://t.co/Fkwm3GnESf

Bakr was reportedly "bitter and unemployed" following the US efforts to disband the Iraqi army in 2003, while according to Spiegel, he spent time in American detention facilities between 2006 and 2008, before being killed in conflict in 2014.

ISIL 'Quietly Worked up Their Capabilities'

Strikingly, the documents suggest that instead of being established through a knee-jerk reaction of aggression, ISIL's rise was meticulously planned over a number of years, with a number of surveillance, espionage and infiltration techniques used to build the group's influence and popularity, first in Syria, and then in Iraq.

Michael Stephens, research fellow for Middle East studies at the Royal United Services Institute (RUSI) agrees, saying that ISIL "quietly worked up their capabilities" while taking advantage of the "perfect storm" of political instability in the region.

Mr Stephens notes how American and British public and political opinion was intent of leaving Iraq, which he believes led to the group's actions going widely unnoticed due to a reduction in intelligence services in the country.

"A lot of the capability and capacity was simply taken out of the country, so it was difficult to see exactly what they [ISIL] were setting up. With the benefit of hindsight, I think everyone realizes just how organised these guys were. They put into play a very very extensive, long-running plan to infiltrate ministries in Mosul, and to infiltrate groups in Syria with their spy networks… They knew more about the rival groups than we did frankly. They were just better."

"In that gap, groups like al-Qaeda in Iraq, or what became the Islamic State, were able to grow, along with the unwinnable war in Syria," he added.

The concerns associated with the US' hasty withdrawal from Iraq were shared by American general Ray Ordierno, who was quoted by British diplomat Emma Sky as saying that his "greatest fear" was that the US would "stabilize Iraq, then hand it over to the Iranians in our rush to the exit."

'Everybody is to Blame' For the 'Perfect Storm'

Along with the limited resources employed by western powers from 2010 onwards, Michael Stephens, who was stationed in Iraq throughout 2013, told Sputnik that there was a number of factors that allowed ISIL to grow in support in Syria and Iraq.

He notes that a smooth political transition in Iraq was made difficult by the nature of the US-led invasion into the country, which alienated many influential people previously aligned to Saddam Hussein's regime, while Mr Stephens also says another factor behind ISIL's rise was that al-Qaeda's presence in the country, which later formed ISIL, was never eliminated.

Wonderful chat with a taxi driver in Suli today…ISIS is a US, Israeli, Iranian plot to destroy the British, French and Gulf plan #awesome

"I think what you've got is a situation in which everybody is to blame. You clearly have to look at the Iraqi government — the Iraqi army and the Iraqi state — as being involved in policies that allowed the Islamic State to infiltrate itself within ministries and build support among the population.

"What you've got as well is a situation where the West didn't want to take enough time to look at what was happening."

"Then you've got the positions on Syria that everybody took which simply prolonged the war and made it so difficult for either side to come out on top, while the regime of Bashar al-Assad has been heavily responsible for releasing some of Abu Bakr al-Baghdadi's [ISIL leader] best friends. So, everybody in this — including the Turks, Saudis and Iranians — have some guilt for what's happened.

"Ultimately, the Islamic State outthought everybody."