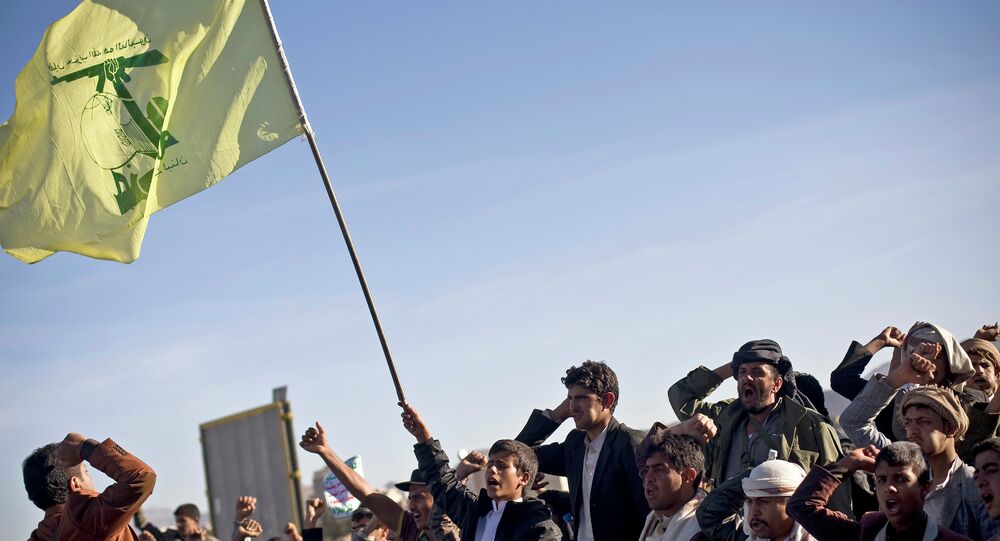 The leader of the militant group Ansar Allah, also known as the Houthis, in Yemen on Sunday called on southern tribes to unite against al-Qaeda and "foreign aggressors."

BEIRUT (Sputnik) – Houthi fighters have taken control over some parts of the country, including Yemeni capital Sanaa. A Saudi Arabia-led coalition of countries is conducting airstrikes against Houthi positions.

"We are telling those in the south that we are not invaders, that we are ready to cooperate with them and their leaders to defeat al-Qaeda and foreign aggressors. Our people have the right to fight the Saudi aggression with any means depending on the conditions of war," Abdul-Malik Houthi said as broadcast by local television.

The Houthi leader said that people in Yemen could determine their future themselves.

"This is the right of the people of Yemen. Saudi Arabia has nothing to do with it."

According to the United Nations, the security situation in the country continues to deteriorate, as 18 out of 22 governorates are affected by the coalition's airstrikes.

On April 17, UN Secretary General Ban Ki-moon called on the all parties in the Yemeni conflict to establish an immediate ceasefire and launch a political process to settle the hostilities.