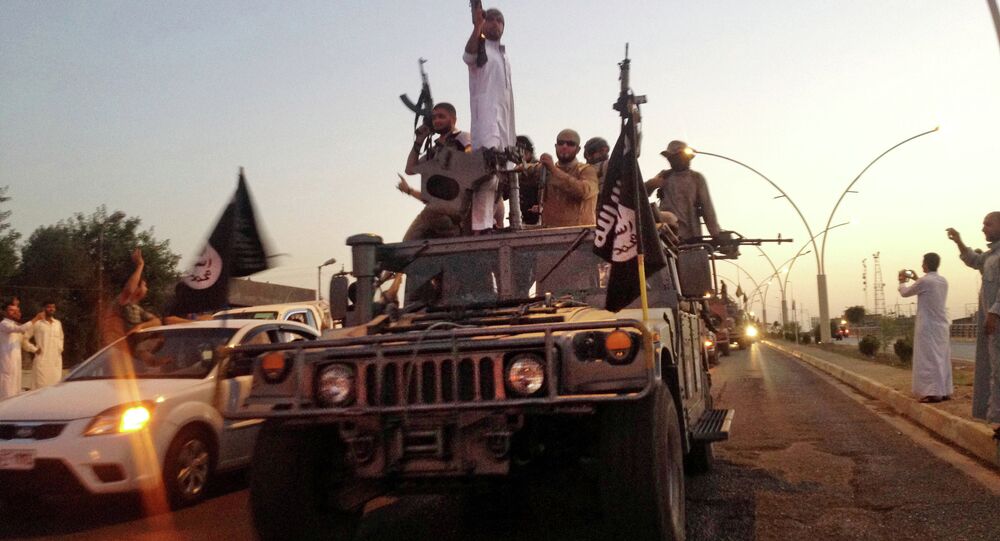 The Islamic State extremist group released a video Sunday that appears to show the execution of Ethiopian Christians in Libya.

© AP Photo / Public Domain
US Planes Ferry Arms to ISIL - Iranian General
MOSCOW (Sputnik) — The video runs for 30 minutes and shows two groups of hostages in different parts of Libya. One of the groups is shot dead, while the other one is beheaded.

"Our battle is a battle between faith and blasphemy," a masked man standing behind the hostages says in English.

In the video, Christians are blamed for the deaths of Muslims around the world.

The masked jihadist added that Christians would be able to live peacefully in the Islamic State caliphate if they accepted Sharia law and paid a special tax to the militants.

The ISIL in mainly operating in Iraq and Syria, but has branched out to other countries as well.

The extremist group is known for its brutality and videos depicting executions of foreign nationals. In February, the group released footage showing the execution of 21 Egyptian Coptic Christians. In response, Egypt and Libya conducted airstrikes on ISIL positions in Libya.