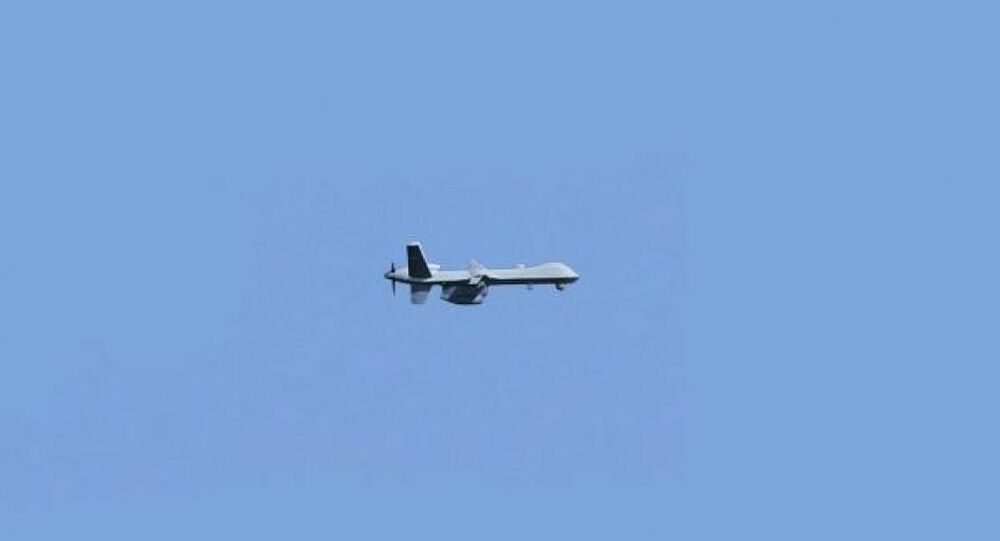 The new aircraft is designed to gather samples from areas contaminated with chemical materials and keep an eye on areas afflicted with natural disasters.

In addition, Basir can be armed with different weapons to be used for other missions such as street wars, reconnaissance and surveillance missions.

Iran also boasts a fleet of the so-called fire-and-forget drones. Like, for example, the indigenously-made Ra'd (Thunder) 85 which can be reprogrammed to destroy specific and changing targets hundreds of miles away with maximum precision, a ground force commander said.

Fire-and-forget is a type of missile guidance system that does not need to be guided after launch by such techniques as marking the target or wired guidance; these systems can hit targets without the launcher being in line-of-sight of the target.

The Islamic Republic plans to ramp up the number of its home-made drones within the next five years, and operate long-range ones for very distant missions.

Iran is one of the five manufactures of Unmanned Aerial Vehicles (UAVs) in the world, western media reports said in February.

The other four are the US, Russia, China and Israel.