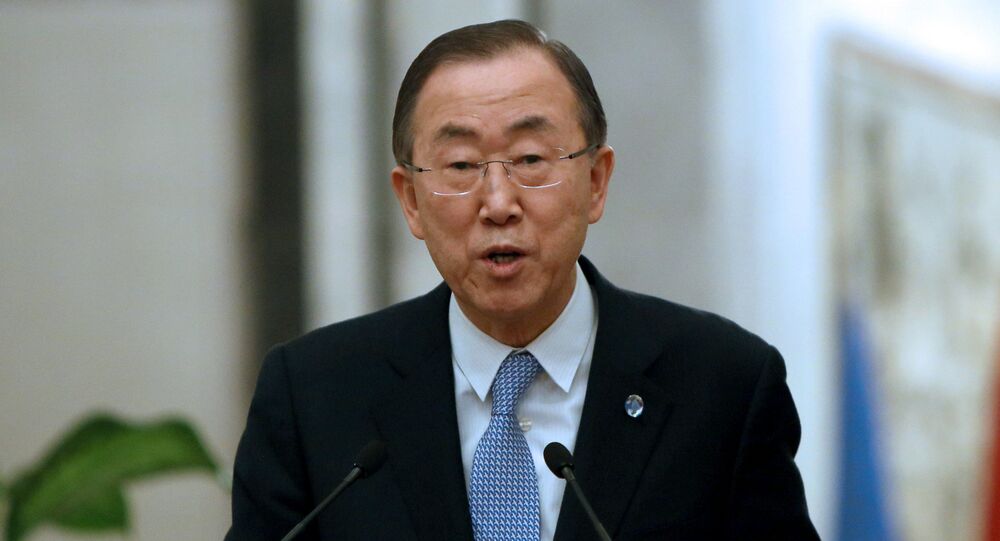 UN Secretary General Ban Ki-moon called on the all parties in the Yemeni conflict to establish ceasefire.

UNITED NATIONS (Sputnik) — UN Secretary General Ban Ki-moon called on the all parties in the Yemeni conflict to establish ceasefire speaking at the National Press Club in Washington, DC.

"Yemen is in flames…The recent fighting has only multiplied the suffering and insecurity. Hundreds are dead. Humanitarian supplies are being blocked," Ban said Thursday.

© Photo : Youtube/wochit News
Al-Qaeda Seizes Major Airport, Air Defense HQ, Oil Terminal in Yemen
"That is why I am calling for an immediate ceasefire in Yemen by all the parties," Ban stated.

According to the Secretary General, Saudi Arabia had reassured him that they understood there must be a political process.

Yemen is engulfed in a violent conflict between the Houthi rebels and forces loyal to Yemeni President Abd Rabbuh Mansur Hadi.

The Houthis took over large parts of Yemen, including the capital Sanaa, forcing Hadi to flee the country. On March 26, a coalition headed by Saudi Arabia began a military operation against Houthi rebel positions in Yemen, at the request of president Hadi.