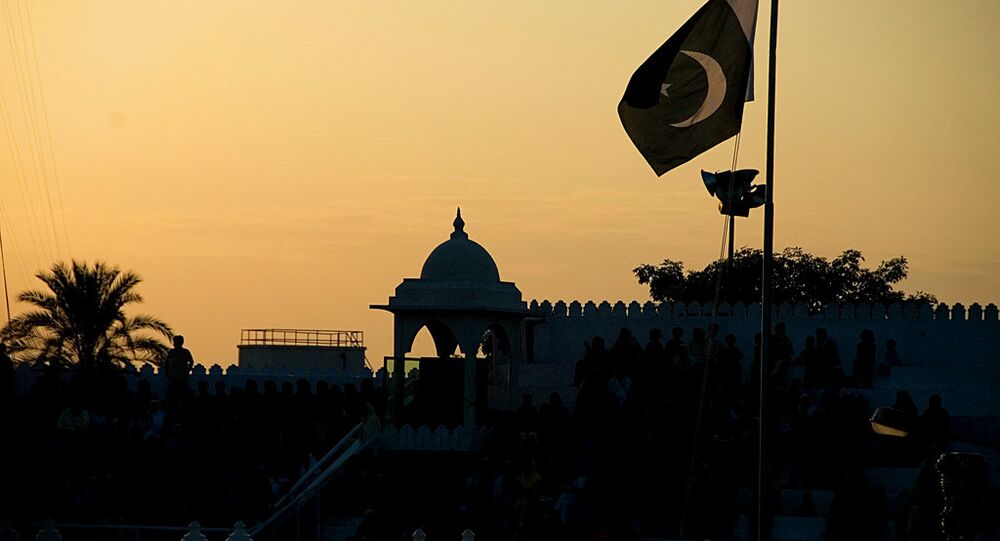 Defense Minister Khawaja Asif said that Pakistan is making efforts to set up a group of mediators outside the existing anti-Houthi coalition to help bring peace to the crisis-hit Yemen.

MOSCOW (Sputnik) – Pakistan is making efforts to set up a group of mediators outside the existing anti-Houthi coalition to help bring peace to the crisis-hit Yemen, Defense Minister Khawaja Asif told Sputnik on Thursday.

"Our government and parliament resolved that we should not become a party to this conflict. Rather we should try to mediate some sort of peace between the warring factions," Asif said in an exclusive interview with Sputnik on the sidelines of a global security conference in Moscow.

"And this is what we are trying to build up – a team or a group which includes Turkey, Iran, Pakistan and other Islamic countries that are not yet party to the conflict – to broker a deal between the warring factions, which can end this conflict," the minister said.

Asif stressed that Iran could play a key role in the solution of regional problems in the Gulf and the Middle East as Tehran has influence in the countries caught in conflicts there, including Yemen, Syria and Iraq.

Fighting Rages in Yemen's Third Largest City
Yemen is currently engulfed in a violent conflict between the Houthi rebels and forces loyal to Yemen's President Abd Rabbuh Mansur Hadi, who was forced to flee the country in late March amid the hostilities.

Since March 26, a Saudi Arabia-led coalition has been carrying out airstrikes against the Houthis, upon Hadi's request.

According to the UN humanitarian agencies estimates, over 300 civilians were killed and more than 100,000 were displaced in the past two weeks of airstrikes.

On April 10, the Pakistani parliament adopted a resolution saying that Pakistan needed to hold a neutral position on the conflict in Yemen, refusing Saudi Arabian invitation to join the coalition and send troops, warships, and airplanes to the war-torn country.

On April 11, Turkish President Recep Tayyip Erdogan discussed the situation in Yemen in a telephone call with Pakistani Prime Minister Nawaz Sharif, and the sides agreed to accelerate efforts to settle the Yemeni crisis. Iran has also pledged to combine efforts with Pakistan to reach a peaceful solution to the conflict.