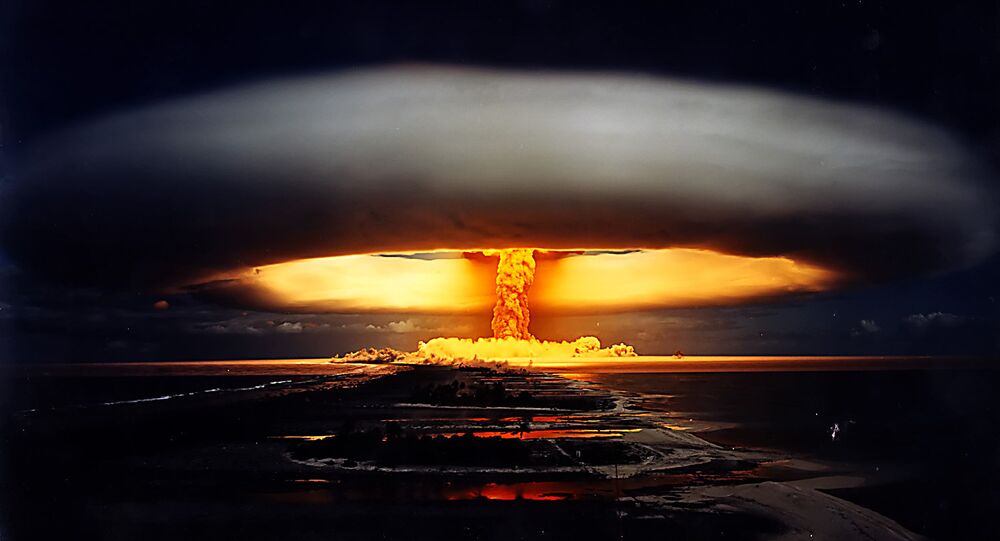 Recently unearthed US government documents have shed some light on how the White House repeatedly missed an opportunity to disclose the Israeli secret nuclear weapons program.

The creation of the Israeli Dimona nuclear site has long been shrouded in secrecy, however, recently disclosed US government documents show that Washington either missed or deliberately turned a blind eye to warning signs about Jerusalem's nuclear program.

"France would be the primary foreign supplier of the reactor and related technology, Norway would provide the heavy water and possibly be the backup plan, and the United States, through a small peaceful package gathered under Eisenhower's "Atoms of Peace" program, would serve as the camouflage for the whole project—mostly as a way to conceal the Dimona project from the United States itself," narrated Avner Cohen, a professor at the Middlebury Institute of International Studies at Monterey, and William Burr, a senior analyst at the National Security Archive.

Meanwhile, in 1958 and 1959 the United States' officials received the first warning signs about Israel’s secret project. Richard Kerry (the father of US Secretary of State John Kerry), who was working at the US embassy in Norway, found out that the country provided Israel with 20 tons of heavy water, a key ingredient for a nuclear reactor. A year earlier in Tel Aviv another American diplomat learned that Jerusalem was working on a nuclear project.

Curiously enough, "these 1958 and 1959 reports were buried in obscurity," the analysts pointed out.

In July 1960 the US government officials received a report through an American source in Tel Aviv stating that Israel was building a nuclear reactor with French assistance.

© Flickr / International Campaign to Abolish Nuclear Weapons
Pentagon Declassifies Documents Confirming Israel Has Nukes
Again, inexplicably, American officials did not rush to launch an immediate investigation into the case. The report was qualified as a document of "Routine collection priority."

The CIA proceeded with the investigation and soon found out more peculiar details of Israel’s cunning plan. However, it seems that Washington's policy makers found themselves on the horns of dilemma: they had to disclose the secret Israeli project and at the same they not aggravate tensions with Tel Aviv.

Eventually, in December 1960, Ben-Gurion officially admitted that Israel was building a nuclear reactor, and asserted that the reactor was for peaceful purposes. Remarkably, the US State Department bought into this idea, welcoming the statement of the Israeli prime minister.

Over the next decade Israel had been successfully developing its nuclear program, blocking attempts of the international community and nuclear safeguards to carry out a thorough examination of the issue. Finally, US President Richard Nixon accepted the Israel’s "de-facto nuclear status."

Show Me Your Nukes: UN Urges Israel to Come Clean About Its Nuclear Program