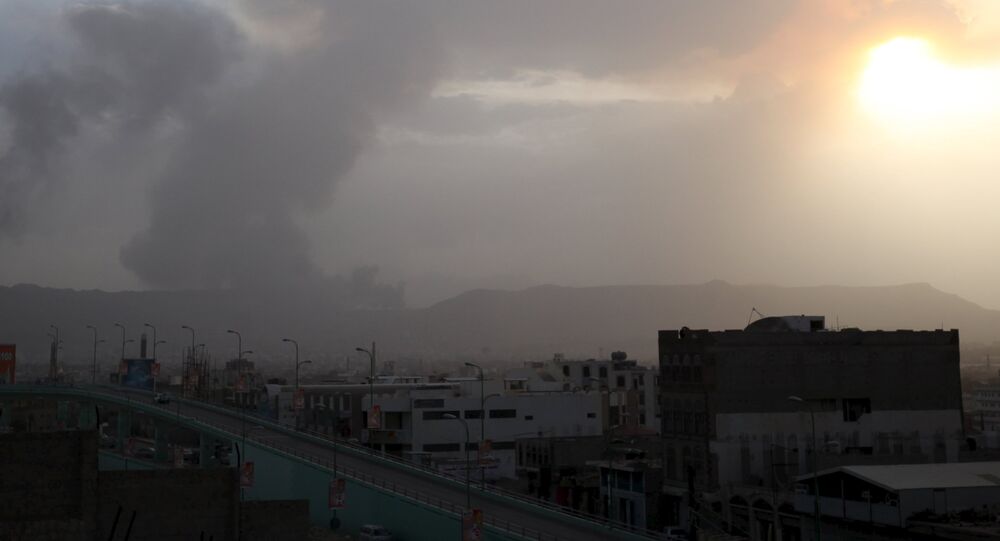 On his visit to Washington, Iraq’s prime minister Haider Abadi criticized in harsh terms the Saudi-led international coalition firing air-to-ground missiles at Houthi positions in Yemen, according to the national media reports.

“There is no logic to the operation at all in the first place. Mainly, the problem of Yemen is within Yemen,” Abadi, who is on an official visit to Washington, said as quoted by the New York Times.

He added that Saudis do not want to end the conflict as soon as possible, and that the attacks may be a precursor for a more active military role in the region.

“That’s very, very dangerous. The idea that you intervene in another state unprovoked just for regional ambition is wrong. Saddam has done it before. See what it has done to the country,” Abadi stressed.

On Tuesday, the UN Security Council passed a resolution to ban lethal assistance to the Houthis. Earlier, Russia urged for inclusion into the UN resolution an immediate ceasefire and an arms embargo for both sides to stop the increasing death toll of the civilian population. Neither of these proposals was accepted.

According to UN humanitarian agency data, over 300 civilians have been killed and more than 100,000 displaced in the past two weeks of airstrikes.