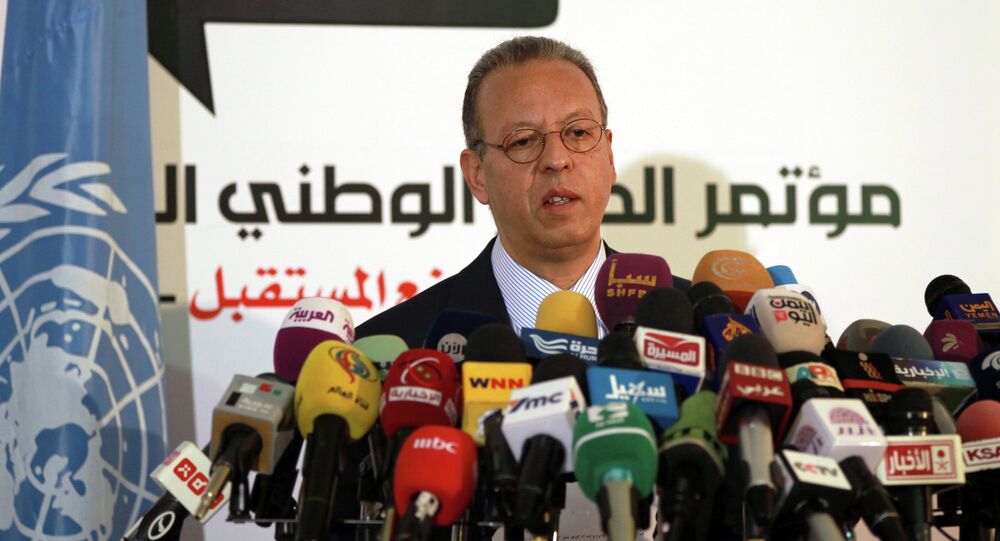 The UN special adviser on Yemen, reportedly has resigned amid the conflict in the country.

MOSCOW (Sputnik) — Jamal Benomar, the UN special adviser on Yemen, has resigned amid the conflict in the country, media reported Thursday.

"Jamal Benomar has told the Secretary-General it is time for him to end his mission in Yemen but that he remains willing to help the UN in any capacity that is needed," Al Jazeera network reported, citing diplomatic sources.

Yemen has been in a state of turmoil since the Houthis took over large parts of the country, including Sanaa, forcing President Hadi to ask the Arab League for military aid and then flee the country.

On March 26, Saudi Arabia and Persian Gulf countries began firing air-to-ground missiles at Houthi positions in Yemen upon Hadi's request. According to UN data, over 700 people have been killed and 2,700 wounded, most of them civilians, in the fighting.

Moscow Convinced Military Solution in Yemen Crisis Out of Question