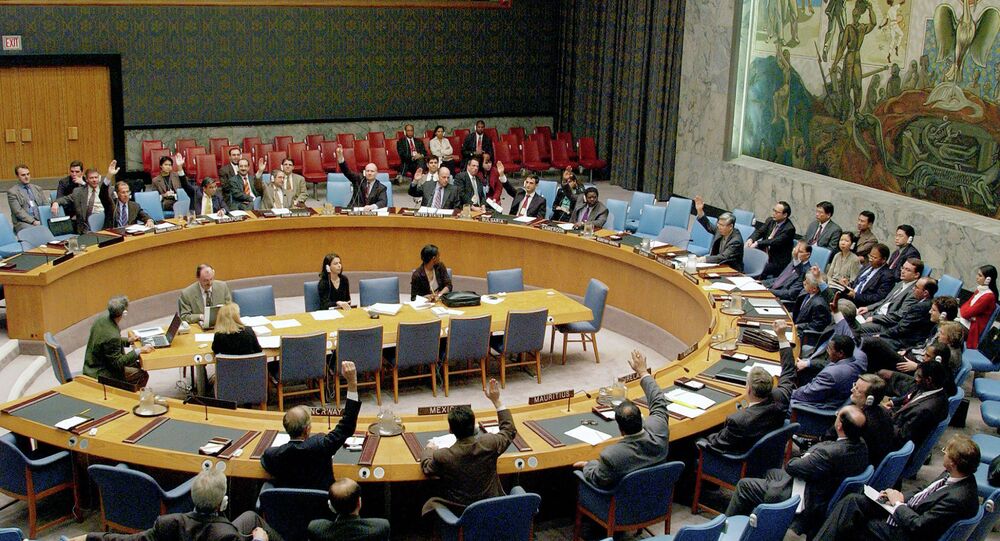 The resolution, put forward by Jordan, the United Kingdom and the United States was passed by 14 “yes” votes. Russia abstained, but did not use its right to veto the resolution.

Yemeni officials have claimed that Iran was supplying weapons to the Houthis. Tehran has refuted the allegations.

Earlier this month, Russia submitted a draft resolution to the UN Security Council, calling for a "humanitarian pause" in the Yemeni conflict, an immediate ceasefire and an arms embargo imposed on both sides of the conflict as a measure to stop the increasing death toll of the civilian population.

© REUTERS / Saudi Press Agency/Handout via Reuters
Arab Coalition Airdrops Weapons for Yemeni President Supporters
These provisions have not been included in the final resolution voted on Tuesday.

Yemen has been in turmoil since the the Houthi militant group took over large areas in several locations across the country, prompting President-in-exile Abd Rabbuh Mansur Hadi to flee the country.

Late in March, Hadi asked the Arab League for military aid and, following his request, a Saudi Arabia-led coalition began a campaign of airstrikes against Houthi positions in Yemen.