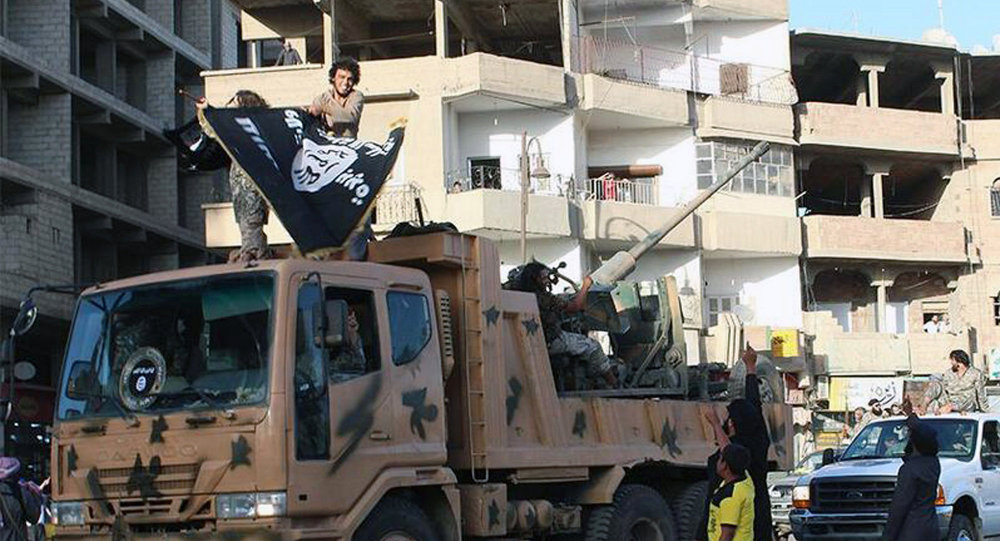 The Islamic State (ISIL) extremist group began to issue ID cards to facilitate passage between Syria and Iraq and raise morale among militants.

According to US Department of Defense estimates, released early on Tuesday, ISIL has lost up to one-third of the ground it had gained since its "peak" in August 2014. A 62-nation coalition led by the United States has been conducting airstrikes against the group since last fall alongside the Iraqi forces' recent ground offensive.

"They [ISIL leadership] want to convince their militants that they're capable of overcoming the current challenges," Syria's ARA News reported, citing a civil rights activist in the northern Iraqi city of Mosul, which ISIL captured last June.

The activist, who was quoted on condition of anonymity, said the group's new identity cards are a "step to raise the insurgents' morale" amid ongoing losses sustained on the battlefield.

© REUTERS / U.S. Air Force/Senior Airman Matthew Bruch/Handout
Pentagon Claims ISIL Lost up to 30% of Iraqi Territory to US-Led Coalition
"This could suggest to the group's members that their leadership is still strong and heading towards the institutionalization of the state through the issuance of such ID cards," the activist told the news outlet.

As part of the institutionalization, the group infamous for its inhumane executions of apostates announced last November it would start minting its own currency styled after the gold and silver coins used by the 7th century Islamic caliphate in the region.

The ISIL, adept at recruiting foreigners via social networks, issued a new video on Monday threatening an attack on the United States despite its geographical location under the hashtag #WeWillBurnUSAgain, which was used over 15,000 times.

A European Commission spokesperson for the Rule of Law, the Charter of Fundamental Rights, told Sputnik on Monday an estimated 3,000-6,000 foreign fighters from Europe may be fighting alongside radical Islamist groups in the Middle East.

US President, Iraqi PM to Discuss Fight Against ISIL at White House