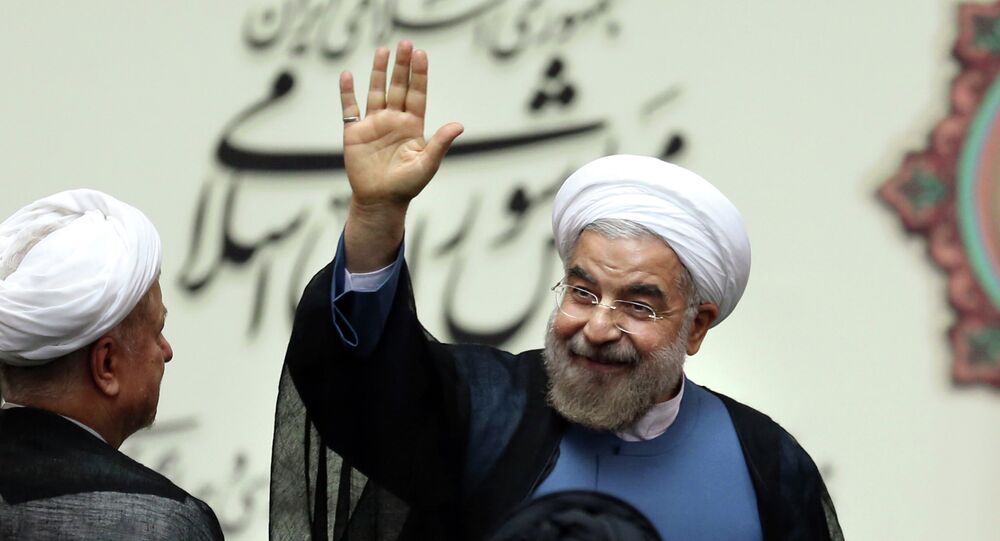 Iranian public figures expressed great excitement and hope for improved relations with Russia after the ban on S-33 air defense shipments was lifted.

On Monday, Putin signed a decree which lifted a ban on the transport of S-300 air defense systems to Iran. The S-300 is considered a powerful deterrent against aerial attacks.

"Now Americans and their allies won't be able to shake the region's balance and dictate their conditions from a position of strength," Iranian legislator Hossein Sheikholeslam, an advisor to the chairman of the foreign affairs committee, told Sputnik.

According to Sheikholeslam, the decision to allow S-300 shipments means that Russia can be trusted. Previously, the ban on shipments was a "deep thorn" in relations with Russia, according to the legislator.

The head of the country's Mehr News Agency, Hassan Hanizadeh, told Sputnik that the move was met with great excitement.

"Vladimir Putin's decree was met with great excitement in Iran. This step demonstrates the Russian Federation's independence in the making of political decisions and shows Moscow's adherence to commitments it takes on, showing it to be a trustworthy partner."

Hanizadeh believes that the lifting of the ban is connected to the Iranian nuclear deal reached in Lausanne.

"It seems that we can now speak of a new page in Russian-Iranian defense cooperation. This cooperation must benefit the entire Middle East region, where stability has been seriously shaken," Hanizadeh said.

Both Russia and Iran avoid aggressive foreign policy and are in favor of peace in the region, which the fulfillment of the S-300 contracts will confirm, Hanizadeh said.

The contract for the systems was originally signed in 2007, however, President Dmitry Medvedev banned the deliveries in 2010, in accordance with UN Security Council sanctions against Iran.

How Iran's Rise Could Mean the End of Oil Kingdoms