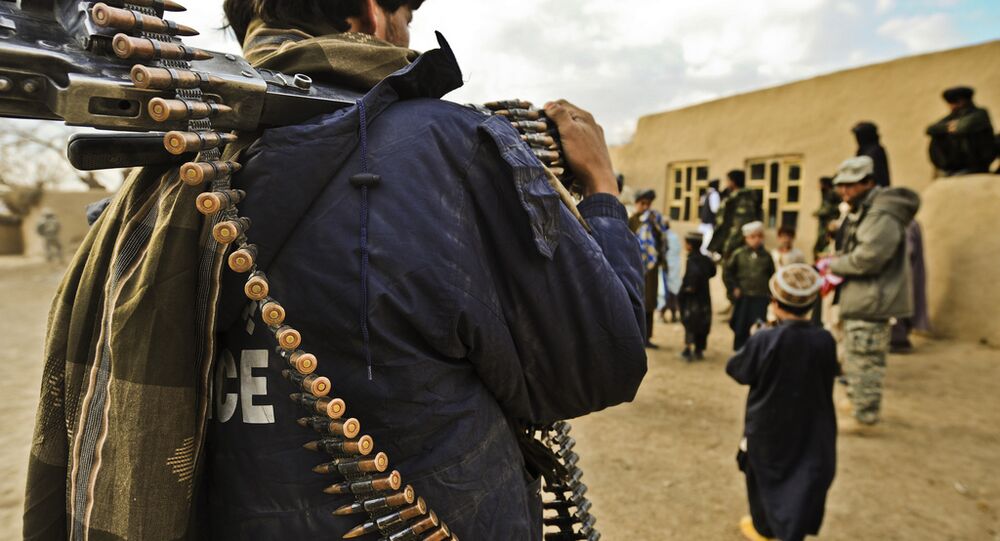 Aid workers in Afghanistan should be able to carry out their work safely, the UN' Humanitarian Coordinator for the country said Saturday following the recent killing of five staff members of an aid group.

UNITED NATIONS (Sputnik) — On Friday, aid organization Save the Children announced that five members of their staff, who were abducted on March 3 in Uruzgan province in Afghanistan, were found dead.

According to Afghan media, the aid workers were killed by the Taliban. Mark Bowden, UN's Afghanistan coordinator, said in a statement published on the UN's website:

"I am deeply saddened by this shocking news. I share the grief of our colleagues at Save the Children International and the families of those killed.”

He called on all parties to ensure that humanitarian aid workers have save access to the people they assist and can carry out their work unhindered.

Screenshot/YouTube
ISIL Claims US Aid Worker Killed in Jordanian Airstrike
Bowden also noted that in 2014, 57 aid workers were killed in Afghanistan referring to the country as “one of the most challenging places for the humanitarian community.”

Save the Children aid group has worked in Afghanistan since 1976. According to the organization’s website it has provided more than 285,000 malnourished children with food and vital supplements and helped more than 332,000 kids to continue their studies.