When European jihadists get disappointed with ISIL and refuse to fight, the terrorist group instantly kills them. 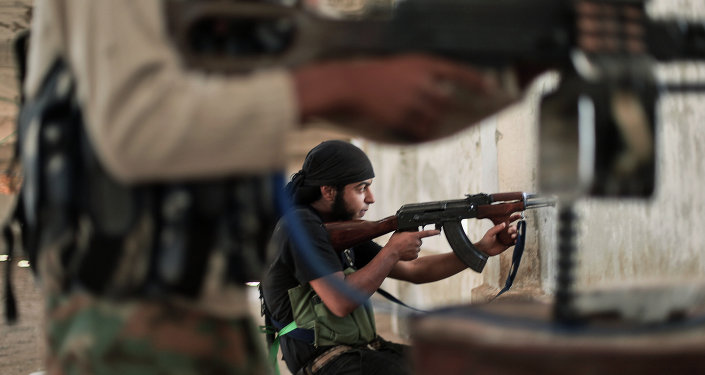 © AFP 2019 / AHMED DEEB
Le Jihad: Nearly Half of European Jihadis in ISIL are French Nationals
MOSCOW (Sputnik) — European jihadists who join the Islamic State with high expectations become very disappointed very quickly when they find out what it means to be at the bottom of the group hierarchy, since Saudis and Iraqis are the “kingpins,” a former ISIL captive sentenced to death by the terrorist group said Friday.

“There are two ways to prove your allegiance to Isis: either by getting married or by carrying out the punishments… They were merciless — the foreign fighters and the Syrians treated us the worst because they are the lowest in Isis [IS],” the former prisoner was quoted as saying by The Times.

© REUTERS / Stringer
US Citizen From Wisconsin Arrested for Attempting to Join ISIL
The ex-prisoner said also that nationalities tend to stick together within the caliphate. British nationals often work as engineers and doctors, Tunisians are fighters and Saudi nationals within ISIL think of themselves as clerics.

European fighters who join ISIL find themselves isolated, and must prove their loyalty to the group.

With harsh living conditions some Europeans try to escape the caliphate, but this proves challenging due to numerous checkpoints. Those who refuse to fight are instantly killed, the former ISIL captive revealed.

© REUTERS / Osman Orsal
Turkey Arrests Three British Teenagers Seeking to Join Islamic State
The Islamic State is a jihadist group notorious for its human rights abuses, multiple kidnappings and killings. In 2014, it took large areas in Iraq and Syria under its control and proclaimed a caliphate. The group’s affiliates also operate in North Africa, Yemen, Pakistan and Afghanistan.

The Islamic State is said to have recruited thousands of westerners. Official UK figures show that at least 500 Britons have joined the group so far, but the real number may be four times higher, the Times said.

Overall, at least 20,000 foreign fighters have joined ISIL so far, the US National Counterterrorism Center estimates.