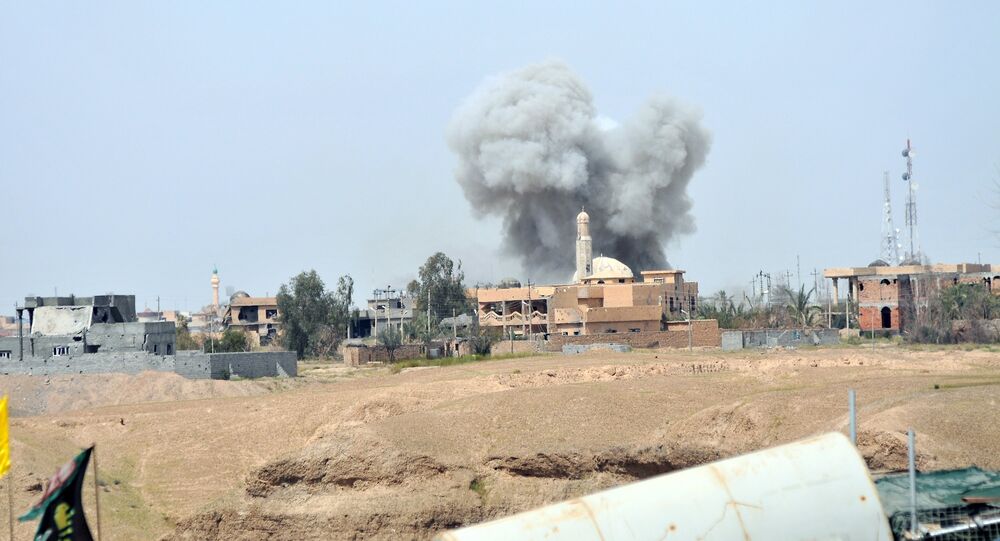 Swedish military specialists will work with other members of the coalition who are already present in the region, including the United States, Germany, the Netherlands, Denmark, Norway and Finland.

© Flickr / anw
Anonymous Posts List of ISIL Websites and the US, UK Firms That Host Them
STOCKHOLM (Sputnik) — Sweden intends to deploy troops to northern Iraq as part of the US-led anti-Islamic State coalition to train and advise security forces in the region, the country's foreign and defense ministers said Thursday.

"The Government proposes that the Riksdag [Swedish Parliament] gives its approval to send an armed group of 35 people within 2015 to participate in the military training conducted by the international coalition against IS in northern Iraq,” Swedish Foreign Minister Margot Wallstroem and Defense Minister Peter Hultqvist said in a written statement as quoted by Swedish newspaper Dagens Nyheter.

Sweden is ready to increase the number of troops up to 120, if necessary, the ministers noted.

Sweden's assistance in northern Iraq is one part of efforts taken by the international coalition in the country. Swedish military specialists will work in coordination with other members of the coalition who are already present in the region, including the United States, Germany, the Netherlands, Denmark, Norway and Finland, the statement read.

© REUTERS / Stringer
Islamic State Loses Control of Three Large Iraq Oil Fields - Reports
Sweden is part of the US-led coalition comprising some 60 countries carrying out airstrikes against ISIL militants in Iraq and Syria. To date, Stockholm has provided only humanitarian aid as part of the coalition efforts, as well as political assistance in finding long-term solutions to the problems in the region.

The Islamic State is an extremist Sunni militant group in control of large portions of Syria and Iraq. It is notorious for its many human-rights atrocities, including on-camera executions of foreign hostages posted online.