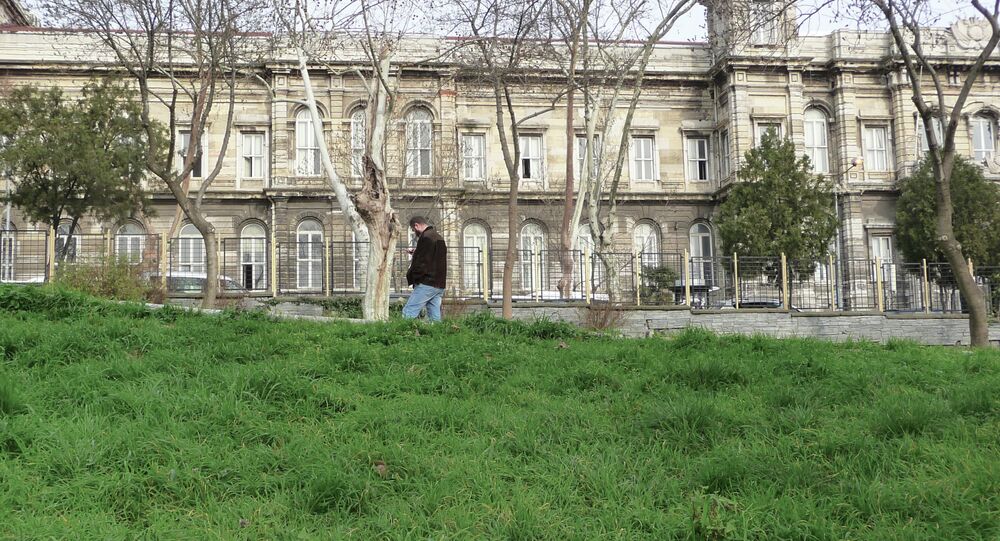 Thousands of Turkish university students are rallying across the country to demand that their campuses build Jedi and Buddhist temples, as a response to a recent push to build more mosques on school grounds.

The rector of Istanbul Technical University (ITU), Mehmet Karaca announced the construction of  "landmark mosque" on campus last month in response to what he called "huge demand."

Karaca cited an online petition asking for the mosque which had garnered more than 180,000 signatures.

“The construction of mosques is ongoing at more than 80 universities in Turkey, " the Presidency of Religious Affairs, or Diyanet, announced in 2014. "We have opened 15 mosques [on Turkish university campuses] so far. We will open 50 more by the end of 2015,” said the organization’s president, Mehmet Gormez. There was no announcement regarding facilities for members of minority religions.

In reaction to what they perceive as a religious agenda imposed by government officials intolerant of other religions, some students decided to start their own online petitions to express "huge demand" for alternative facilities.

One student commenter wrote that "we ironically see that those who keep talking about Islamophobia have no tolerance for other religions."

"I can’t fulfill my religious needs because the closest Buddhist temple is 2,000 kilometres away, and I can’t go there during lunch break," a petitioner named Utku Gürçağ Borataç said on the Change.org petition calling for the construction of facilites at ITU for Buddhist students, which had garnered almost 20,000 signatures by Wednesday.

Meanwhile at Dokuz Eylül University in Izmir province, a similar petition calling for a Jedi temple had collected almost 6,000 signatures.

"To recruit new Jedi and to bring balance to the Force, we want a Jedi temple," said the petition, referring to the Jedi knights in the Star Wars film series.  There are "many Jedis in the world and in Turkey," the page explained, but "not getting Jedi training" is a serious problem, and one proposed solution was the creation of a "Jedi Council."

Gormez, the Diyanet head, has said that "temples and universities cannot be separate," and that the goal is to "institutionalize" campus mosques to make them "more than places of worship."

The tongue-in-cheek petitions are just the last example of backlash from university students who perceive a push to Islamize campuses. Turkey has no official religion, but secularist critics of Prime Minister Ahmed Davutoglu and President Tayyip Erdogan have denounced moves to integrate Islam into school life.

In December, for example, a government council recommended compulsory religious classes in elementary schools and additional class time spent on religion in high schools. An educational overhaul has also slated hundreds of schools for conversion to "imam-hatips" — religious schools that devote a certain number of class hours to Islamic studies.

An education ministry spokesperson told Newsweek all of these changes were merely responses to demands from a majority Muslim population.

"In all of these processes, the changes that have been made are according to the needs and demands of our parents and pupils."

Turkish government census data puts the proportion of the country's 81.6 million people who are Muslim at over 99%, with the remainder identified as Christians or Jews.

No official figures exist on the number of Jedis.