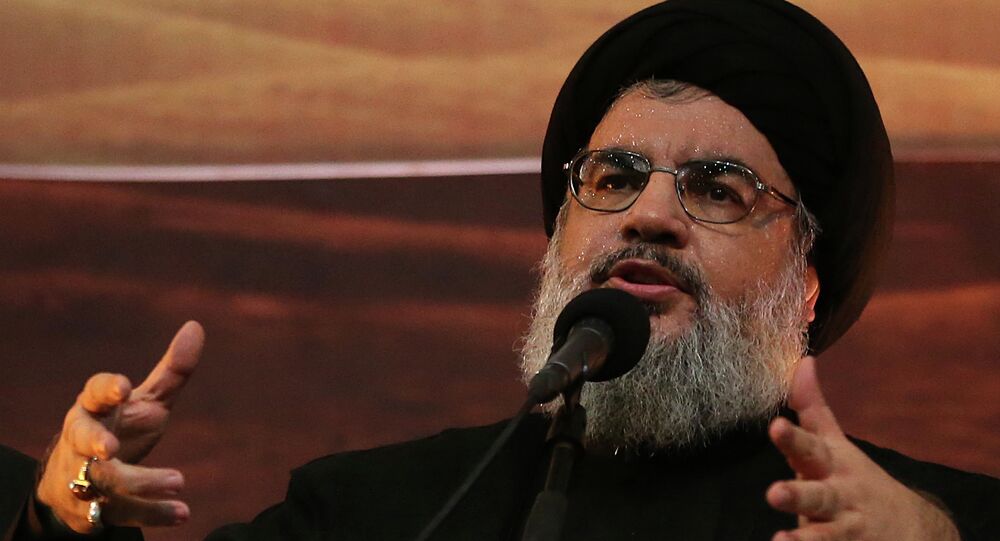 Hezbollah leader Hassan Nasrallah said in an interview that the Houthi command has not made a decision regarding potential attacks on Saudi Arabia, which has been leading international coalition efforts against the rebels in Yemen, although there is a real possibility of such a move.

BEIRUT (Sputnik) – The Houthi command has not made a decision regarding potential attacks on Saudi Arabia, which has been leading international coalition efforts against the rebels in Yemen, although there is a real possibility of such move, Hezbollah leader Hassan Nasrallah told the Syrian News Channel (Al-Ikhbariyah).

"As of now, the leadership in charge of military action in Yemen has not decided whether to cut off the Bab-el-Mandeb straight [which connects the Red Sea to the Gulf of Aden] and launch attacks on targets in Saudi Arabia, despite the fact that they have such capabilities," Nasrallah said.

© AFP 2020 / Farooq NAEEM
Pakistan Considering Joining Anti-Houthi Coalition in Fight for Yemen
According to the leader of the Beirut-based militant group, Saudi Arabia and the coalition are suffering a "catastrophic failure" in their efforts to defeat Houthis through airstrikes as the attacks have turned Yemeni residents against the authorities.

An international coalition led by Saudi Arabia has been carrying out airstrikes against the Shiite Houthi rebels since March 26, following a request for military aid from Yemeni President Abd Rabbuh Mansur Hadi who has left the country amid the hostilities.

The rising death toll from the violence prompted Russia to call for a "humanitarian pause" in fighting. A UN resolution to this effect is currently being considered by the 15-nation UN Security Council.

Hezbollah, a paramilitary and political organization originating in Lebanon's Shiite population, was established in the 1980s. The group's primary goal was military opposition to Israel's occupation of Lebanon.

Hezbollah has been helping the Syrian government fight ISIL extremists and radical Sunni militants, including al-Nusra Front, a Syrian affiliate of al-Qaeda.

Hezbollah is considered a terrorist organization by many Western governments including Israel, the United States, the United Kingdom and many European states, but not by Russia.