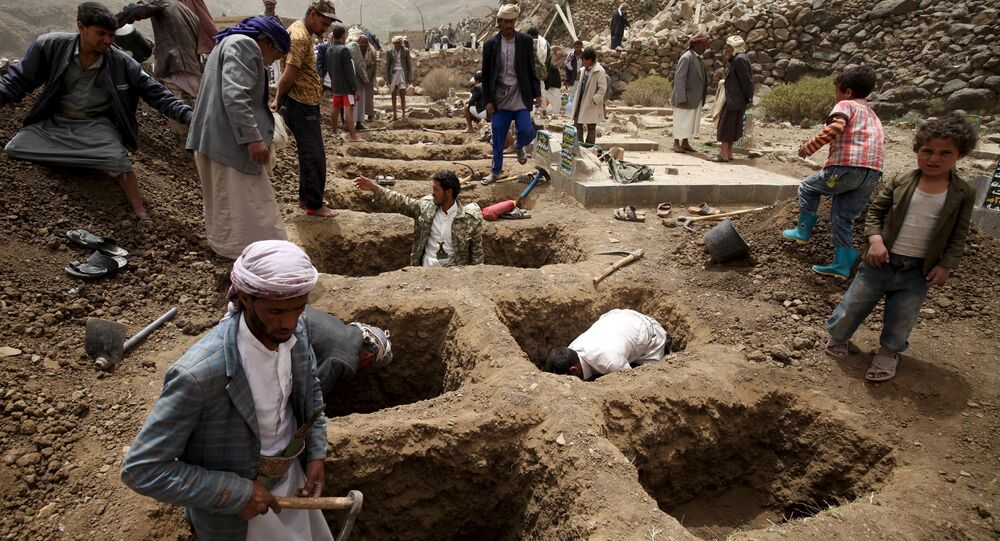 Saudi Arabia-led coalition granted permission to the International Committee of the Red Cross (ICRC) to deliver humanitarian aid to Yemen.

Sitara Jabeen was quoted as saying by ITV News that the permission concerned two ICRC planes carrying humanitarian supplies and the organization's staff.

On Saturday, the ICRC called for an immediate 24-hour humanitarian pause in conflict-torn Yemen to allow for the delivery of aid to the country's suffering population.

© Flickr / Chris Bodenner
UNSC, Gulf States Hope for Results on Draft Resolution on Yemen by Monday
According to the head of the ICRC operations in the Near and Middle East, Robert Mardini, the organization is ready to provide food and water, as well as medical care for those in need.

According to ICRC, it has prepared more than 48 tons of medication and surgical kits ready to be sent to Yemen on ships and planes. The prepared cargo is deemed sufficient to treat from 2,000 to 3,000 people.

Yemeni population is suffering from the confrontation between Houthi rebels and troops loyal to President Abd Rabbuh Mansur Hadi who is currently outside the country. The Saudi Arabia-led coalition of countries is conducting airstrikes against Houthi fighters trying to stop their advance.