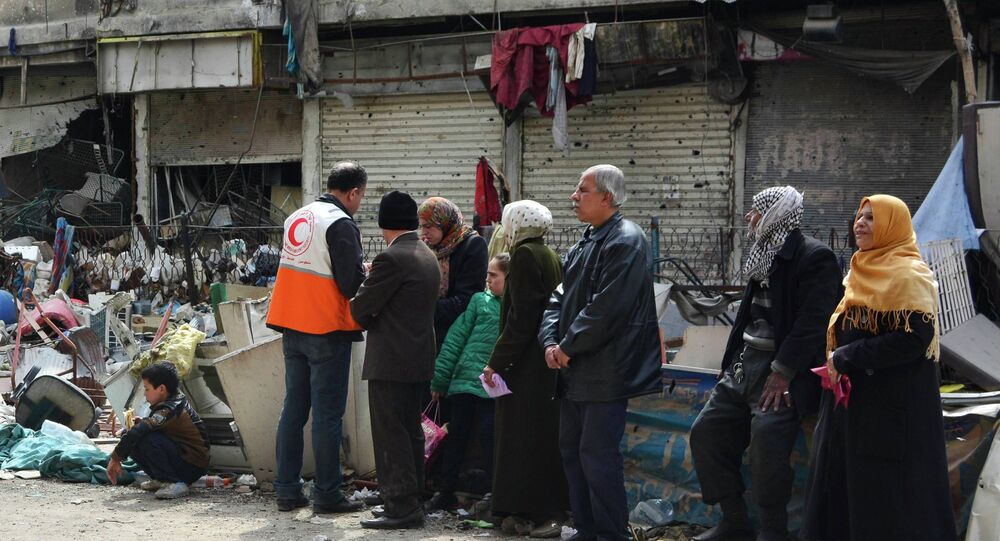 15 people, including the Free Syrian Army fighters, were killed and 70 others were wounded during a rally in a Palestinian camp on the outskirts of the Syrian capital Damascus by the ISIL militants.

© AFP 2020 / Fadi al-Halabi
ISIL Seizes Over 90 Percent of Refugee Camp in Syria
DAMASCUS (Sputnik) — The Islamic State (ISIL) fighters shot dead 15 people, injured 70 others during a rally in a Palestinian camp on the outskirts of the Syrian capital Damascus, one of the camp's leaders Sheikh Anas said Sunday.

The ISIL militants have gained control over large areas of the Yarmouk Palestinian refugee camp near Damascus since Wednesday. The camp is currently an epicenter of violent clashes between the ISIL and other Syrian rebel groups.

© AP Photo / UNRWA, File
ISIL Offers Fighters in Yarmuk Refugee Camp in Damascus to Surrender
Yarmouk is home to about 18,000 refugees, including some 3,500 children, according to the United Nations Relief and Works Agency for Palestine Refugees in the Near East (UNRWA).

It has been struggling with a humanitarian crisis, being under siege by the IS militants since late 2012.

The ISIL group, notorious for flagrant human rights abuses, has seized large territories in Syria and Iraq, proclaiming strict Sharia law on lands under its control.