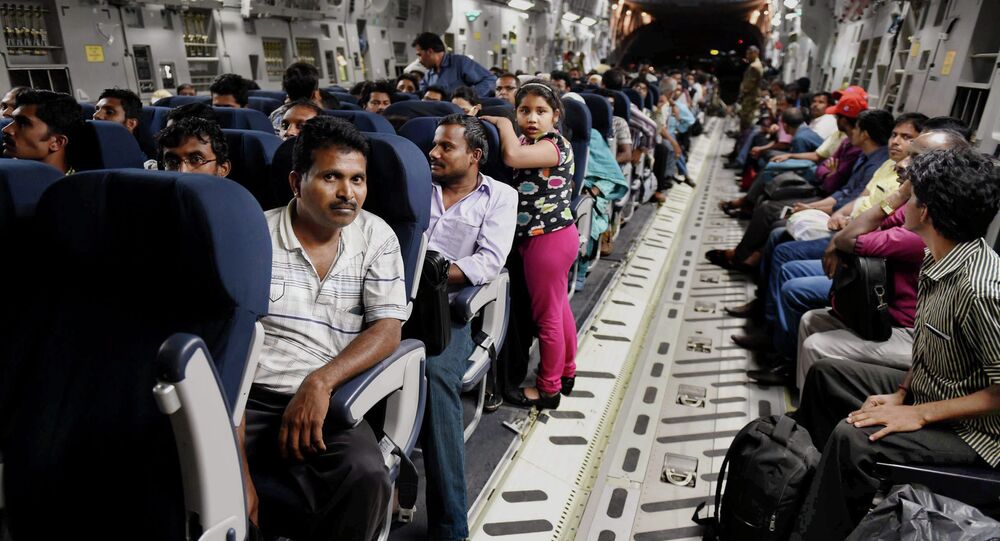 India has evacuated more than 440 people from war-torn Yemen.

“There are 441 evacuees on board of ‘Mumbai’ warship: 240 men, 121 women and 80 children,” ministry’s spokesman Sitanshu Kar said on Twitter.

What role should Western countries play in the Saudi-Yemen conflict?
Voted: 1294
All polls
According to Indian media, the evacuation on “Mumbai” warship in the city of Aden took place during the shelling, and local authorities prohibited the vessel to enter the port so the evacuees were brought on board of the “Mumbai” by smaller vessels.

According to Indian Ministry of External Affairs, India has already evacuated more than 1,800 people from Yemen. Another 4,000 Indian nationals may still be in the country.

Yemen is currently seeing clashes between the Houthi militant group and forces loyal to President Abd Rabbuh Mansur Hadi, who has fled the country.

Other countries, including Russia, China, France and Algeria have been evacuating their citizens from Yemen due to security concerns. The United Nations has also pulled out its staff from Yemen.

UNSC, Gulf States Hope for Results on Draft Resolution on Yemen by Monday