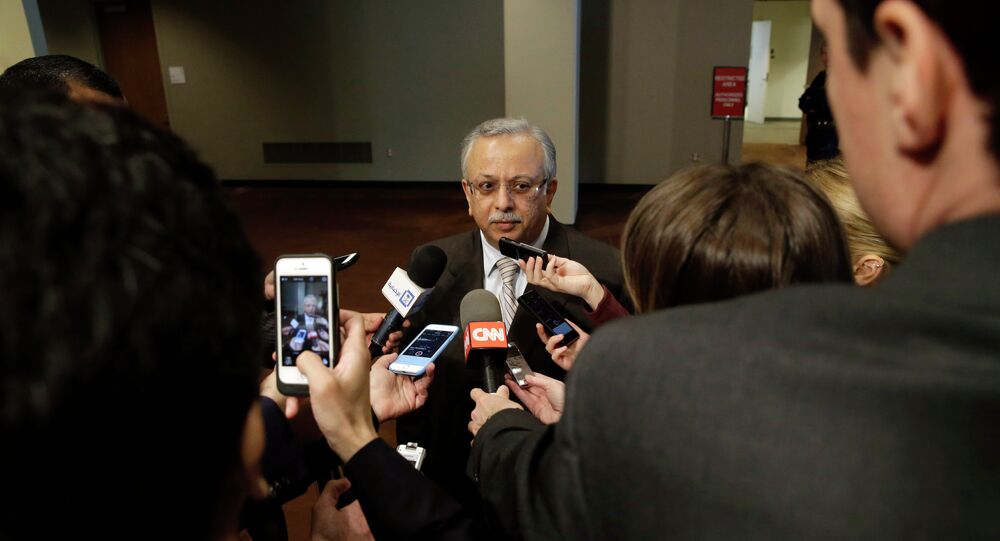 Saudi Arabia's representative at the United Nations rejected calls for a countrywide arms embargo on Yemen as the conflict's civilian death toll rises.

© AP Photo / Hani Mohammed
Russia Calls for Pause in Yemen Airstrikes to Provide Humanitarian Aid
Saudi Arabia does not support Russia's proposal for an arms embargo that applies to all of Yemen, the country's representative at the United Nations Security Council (UNSC) said on Saturday.

At the same UNSC meeting, Saudi Arabia shared Russia's concerns over Yemen's humanitarian situation and the proposal to allow humanitarian pauses in the conflict. Saudi Arabia considers Yemen's Houthi militia to be the sole aggressor in the conflict which saw the civilian death toll rise dramatically after a Saudi-led coalition began a bombing campaign against the Houthis.

"There is little point in putting an embargo on the whole country. It doesn't make sense to punish everybody else for the behavior of one party that has been the aggressor in this situation," Saudi Arabia's representative Abdallah Al-Mouallimi said.

The civilian death toll in the Yemen conflict rose sharply when a Saudi-led military campaign was launched on March 25. Some 519 people, including 90 children, have been killed and about 1,700 were injured in Yemen in the past two weeks, UN humanitarian chief Valerie Amos said Friday.