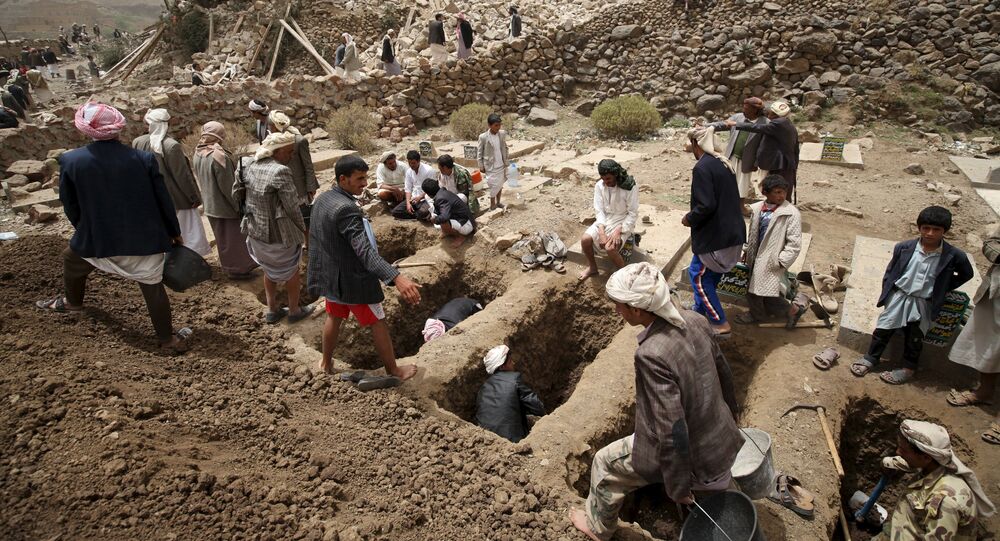 The International Committee of the Red Cross urged for an immediate 24-hour humanitarian pause in Yemen.

© Photo : Stringer
French Energy Company Total Evacuates Engineers From Yemen
MOSCOW (Sputnik) – The International Committee of the Red Cross (ICRC) urged Saturday for an immediate 24-hour humanitarian pause in Yemen to allow for help to be provided for people in the conflict-torn country.

"We urgently need an immediate halt to the fighting, to allow families in the worst affected areas, such as Aden, to venture out to get food and water, or to seek medical care," the head of the ICRC operations in the Near and Middle East, Robert Mardini, was quoted as saying on the organization's website.

Mardini insisted that ICRC relief supplies and surgical personnel be allowed into Yemen to safely reach the areas that had been affected the most by hostilities in the country.

"Otherwise, put starkly, many more people will die. For the wounded, their chances of survival depend on action within hours, not days," Mardini said.

The ICRC said hospitals in Yemen are in need of life-saving medication and equipment, while the population of the country was suffering from fuel and water shortages, with food stocks depleting rapidly.

According to ICRC, more than 48 tons of medicines and surgical kits are ready to be transferred to Yemen on ships and planes. The prepared cargo pending clearance will be enough to treat from 2,000 to 3,000 people.

Yemeni population is suffering from the confrontation between Houthi rebels and loyalists of President Abd Rabbuh Mansur Hadi who at the moment remains outside the country. The Saudi Arabia-led coalition of countries is conducting airstrikes on Houthi positions trying to stop their advance.

US Denies Parallels Between Ousters of Presidents in Yemen, Ukraine