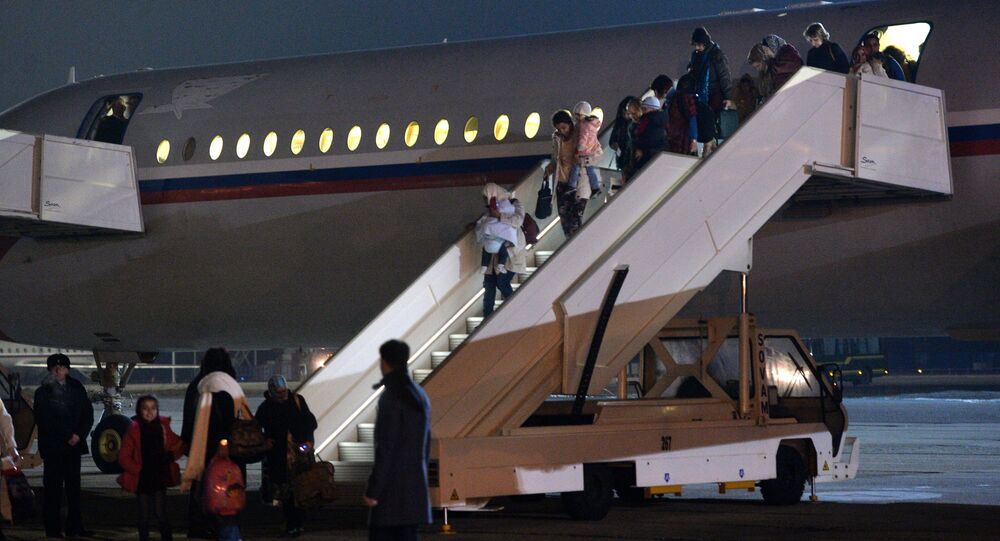 Two Russian planes evacuated 310 people, with about 70 Russian nationals among them in Yemen, according to the Russian embassy's press secretary.

"The evacuation is over for today. Two planes carried some 310 people, with about 70 Russian nationals among them. There were also citizens from CIS countries, Cuba, Egypt and Syria," the embassy's press secretary Timofey Bykov said.

He noted that the embassy was ready to continue evacuation if necessary.

© REUTERS / Naiyf Rahma
Washington Has No Evacuation Plans for US Citizens Stranded in Yemen
"We plan to continue evacuation. We will look into the lists to see who else is left and, if necessary, the evacuation will be continued," Bykov said.

On Friday night, Russia evacuated 311 people on two passenger planes from the Yemeni capital of Sanaa. Those on board the aircraft included 152 Russian nationals, as well as citizens of Poland, Ukraine and Belarus, among other countries.

Yemen is engulfed in violent conflict between Houthi militias and the forces loyal to President Abd Rabbuh Mansur Hadi, who has fled the country in light of the hostilities.

Following Hadi's request for military aid, Saudi Arabia and several other countries are carrying out airstrikes on Houthi positions in an attempt to counter the advance of the rebels.